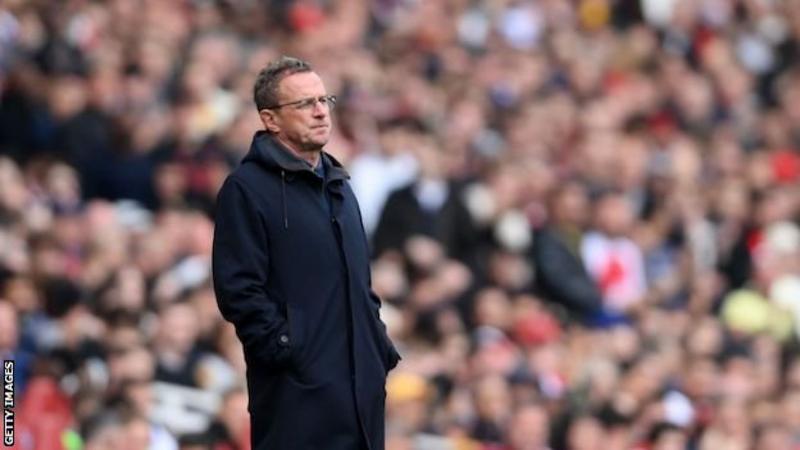 Rangnick will still take on his consultancy role with United as planned at the end of this season.

The 63-year-old German has signed a two-year deal with Austria and will join up with them after the Premier League season ends in May.

“It is an honour for me to take on the role of manager,” he said.

“The prospect of contesting the European Championships in Germany with a young team hungry for success fills me with great anticipation.”

Austria, 23rd in the Fifa rankings, have been without a head coach since the resignation of Franco Foda in March following their failure to qualify for this year’s World Cup.

“We are very pleased that we were able to win an outstanding expert in international football as team boss,” said Gerhard Milletich, president of the Austrian Football Association.

“We are all convinced that he is the ideal man and that his vision will advance the national team.”

United have won 10 of their 25 games in all competitions since Rangnick replaced the sacked Ole Gunnar Solskjaer in November.

United are sixth in the table, five points behind fourth-placed Arsenal with three games remaining.

Rangnick left his role as head of sports and development at Russian club Lokomotiv Moscow to move to United, having built an impressive coaching reputation in Germany.

He set Ulm on course for promotion to the Bundesliga for the first time before spells in charge of Stuttgart, Hannover, Hoffenheim, Schalke and RB Leipzig.

He won the German Cup and reached the Champions League semi-finals with Schalke in 2011.