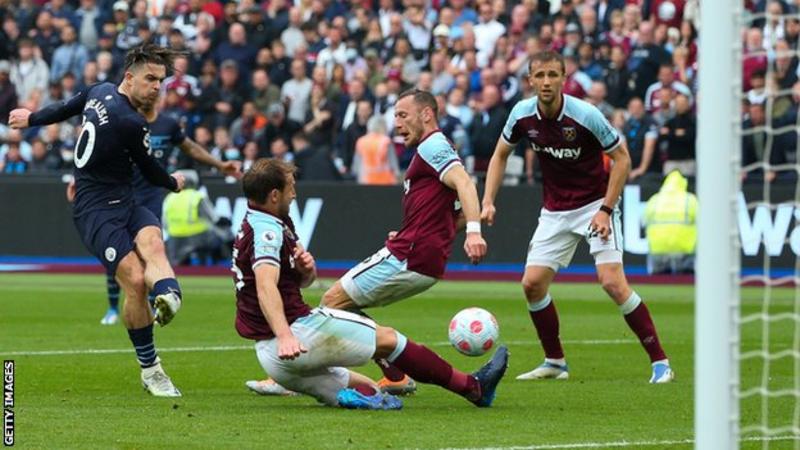 Champions Manchester City face West Ham away on the opening weekend of a 2022-23 Premier League campaign that will include a mid-season break for the World Cup in Qatar.

There will be no top-flight games after the weekend of 12-13 November until 26 December because of the World Cup.

Liverpool play at promoted Fulham, with Nottingham Forest at Newcastle.

Forest are back in the Premier League for the first time since 1998-99.

The World Cup, which will feature both England and Wales, starts on 21 November. The final is on 18 December, eight days before the Premier League season resumes.

There are no meetings between the Premier League’s so-called ‘big six’ on weekend of 12-13 November – the one before the World Cup – following a request by the Football Association.

England will meet up on 14 November before flying to Qatar the following day.

Special arrangements have been made to allow more time between games played across the three festive match rounds.

This will allow squads greater time to recover. Previously clubs were given a minimum of 48 hours between matches.

First round of fixtures in full

The 2022-23 season has been adjusted to accommodate the 2022 World Cup, which takes place in the middle of the domestic calendar.

It starts a week earlier than normal – 75 days after the final day of the 2021-22 campaign – and finishes a week later than usual on 28 May.

Fifa, world football’s governing body, has already stipulated that players must be released on 14 November for the World Cup.

It means the mid-season break will last more than six weeks.

There will be 16 match days before Qatar – five in August, three in September, six in October and two in November.

Manchester City, crowned 2021-22 champions after a dramatic final-day win over Aston Villa, are favourites to retain their title after signing forward Erling Haaland from Borussia Dortmund for £51.2m.

Haaland, 21, is set to make his Premier League debut at West Ham before City host Bournemouth and then travel to Newcastle.

Liverpool, who finished one point behind the champions in 2021-22, host City on 15 October, with the return fixture at Etihad Stadium on 1 April.

After opening the season at Newcastle, Nottingham Forest host West Ham before travelling to Everton.

The first Manchester derby of the season is on 1 October at Etihad Stadium, with United hosting their neighbours on 14 January.

Arsenal hosts the first north London derby of the season on 1 October with the return at Tottenham also on 14 January.

The first Merseyside derby of 2022-23 is at Everton on 3 September with Liverpool hosting the Toffees on 11 February.