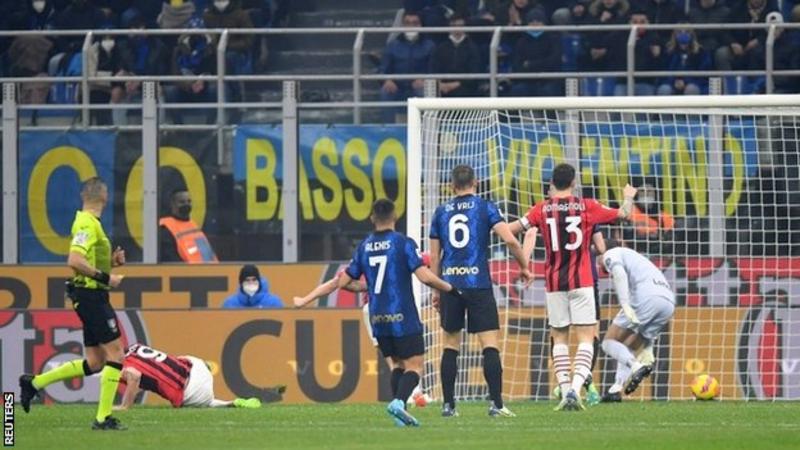 Olivier Giroud scored twice as AC Milan came from behind to beat Inter Milan and move to within a point of their rivals at the top of Serie A.

Ivan Perisic side-footed a volley into the bottom corner from Hakan Calhanoglu’s corner and defending champions Inter looked in control.

But Giroud slid in a loose ball after Brahim Diaz’s shot was deflected.

The ex-Arsenal man, 35, then sealed the win with a brilliant turn and finish from Davide Calabria’s pass.

AC Milan had Theo Hernandez sent off in the final seconds for a lunging tackle on Denzel Dumfries.

The win puts them within a point of Inter, who still top the table, and three points above third-placed Napoli.

AC Milan’s last major trophy was the 2010-11 Serie A title. Stefano Pioli is their eighth manager since then.