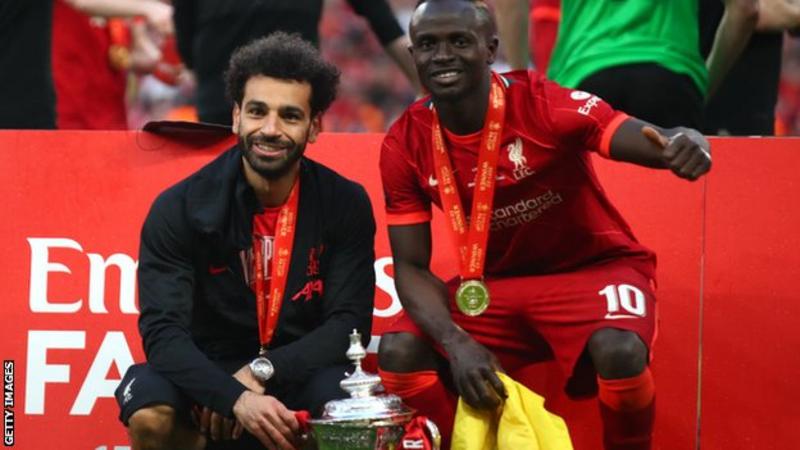 Liverpool forward Mohamed Salah says he will be at Anfield next season “for sure” but would not be drawn over whether he will sign a new contract.

Salah’s deal ends in June 2023, leading to speculation he could be sold if he did not sign a new one as he would leave on a free in a year’s time.

When asked about his future before Saturday’s Champions League final, he said: “I don’t want to talk about that.

“I just want to see Hendo [Jordan Henderson] with the trophy.”

The Egypt striker, 29, added: “I don’t focus on the contract at the moment. I don’t want to be selfish.

“I am staying next season for sure.”

Salah’s team-mate Sadio Mane said he would announce his decision on his own future after the final against Real Madrid in Paris.

The Senegal international, who has scored 120 goals in 268 games for the Reds, will also enter the last 12 months of his contract from June.

Liverpool boss Jurgen Klopp has dismissed suggestions the outcome of Saturday’s game will be a factor in whether some players decide to extend their contracts or not.

“No, not at all,” he said. “What, if we win it they want to go? We are in talks with all the players; it is just not the moment to talk about the results of these talks. None of them are sitting there not knowing what we are planning.

“We have known each other for ages.”

He has helped the club win the Premier League in 2019-20, the 2019 Champions League, the FA Cup and League Cup this season plus the Fifa Club World Cup and Uefa Super Cup during his time at Anfield.

In March Klopp said it was up to Salah whether he signed a new contract.

The former Chelsea forward has previously said he wants to stay but his future is in Liverpool’s hands and he is not asking for “crazy stuff”.

On Sunday Liverpool were beaten to the league title by a point by Manchester City, ending their hopes of a quadruple that is unprecedented in England.

Saturday’s match against Real Madrid in Paris will be a repeat of the 2018 Champions League final which the Spanish side won 3-1, with Salah going off injured in the first half after a controversial incident with Sergio Ramos.

“I’m very motivated, motivated through the roof, after what happened last time [2018 final] and Sunday – everyone is motivated for this,” Salah added.

“We fight for this and everyone is excited.”