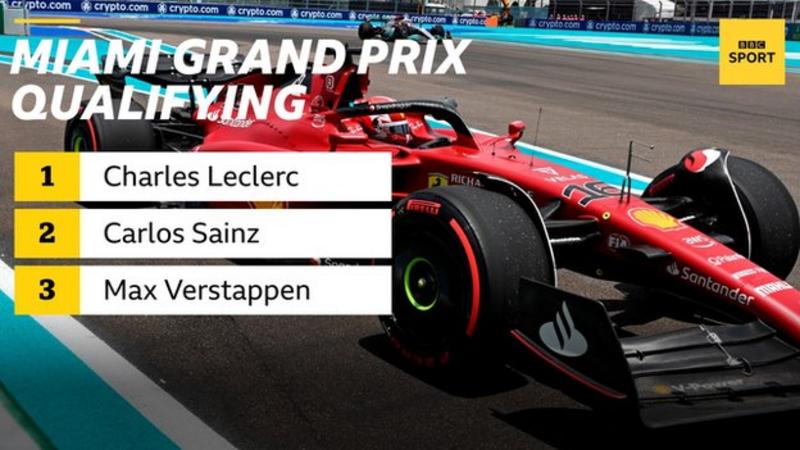 The Ferrari drivers jumped ahead of Red Bull’s Verstappen as the world champion’s final run fell apart on the circuit around the Hard Rock stadium.

The Dutchman made an error at Turn Five, running wide, swearing on the radio as he realised he had messed up.

Red Bull’s Sergio Perez was fourth ahead of the Alfa Romeo of Valtteri Bottas and Lewis Hamilton’s Mercedes.

Qualifying was held in front of a phalanx of celebrities led by former First Lady Michelle Obama at a race that has quickly jumped to the top of the list of Formula 1’s most glamorous and sought-after events.

A crowd said to be 82,500, after tickets sold out within a day of going on sale last year, cheered Leclerc as the championship leader crossed the line for his third pole in five races so far this year.

“It is incredible to be here and see how the sport has grown in the US in the last few years,” Leclerc said. “It’s amazing.”

Leclerc referenced the error he made chasing Perez for second place at the last race at Imola, which dropped him from third to sixth and cost him seven points in the championship.

“The last weekend hasn’t been great for me – I did a mistake in the race,” he said. “But today went well.

“Red Bull are extremely quick in the straight lines. We are quick in the corners and it will be a tight challenge and hopefully we will come out on top.”

Verstappen bounced back from a difficult Friday in which he lost plenty of running because of overheating problems in the first practice session, a gearbox change which delayed his start to the second, and then a hydraulic leak.

“Overall, I was pretty pleased with qualifying,” he said. “I only did four or five laps yesterday. Today was about learning the track and the car.

“I was pleased to be so competitive. Overall we did a good job but we have to stop making the weekends so difficult. The car is handling quite well and I am looking forward to it.”

Sainz, too, bounced back from a difficult Friday, when he crashed heavily early in second practice.

To be only 0.19 seconds behind his team-mate, a renowned expert qualifier, after that was a decent achievement. He pipped Verstappen by just 0.005secs. 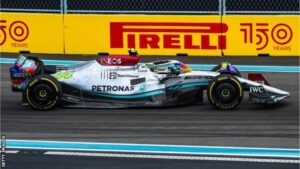