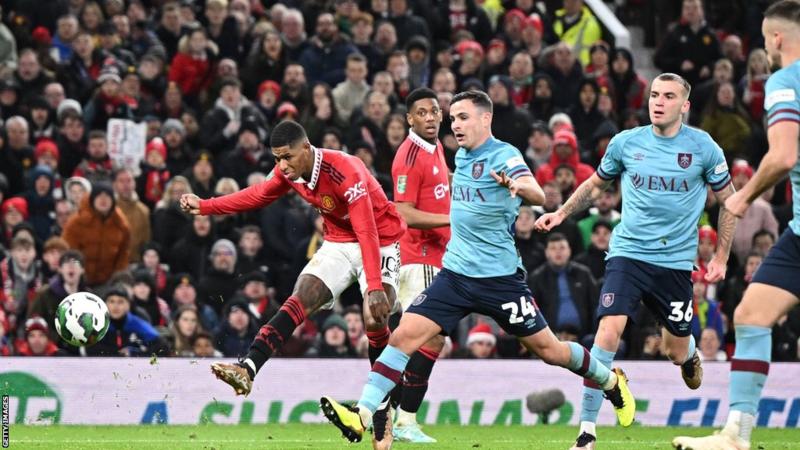 Marcus Rashford says there is no time to dwell on either England’s untimely World Cup exit or the debate about whether he should have had more involvement in the quarter-final defeat by France.

Rashford was back in action for Manchester United 11 days after he ended his time in Qatar by curling an injury-time free-kick inches over the French bar.

There was no sense of a hangover from the striker, who provided the high point of a 2-0 EFL Cup win over Championship outfit Burnley by scoring a superb solo goal, driving his shot into the bottom corner after beating two defenders at the end of a run that began 10 yards inside his own half.

“There is no time to feel sorry for yourself,” Rashford told Sky Sports.

“It’s more emotions-wise because it was such a disappointing feeling to be knocked out [of the World Cup]. You have to pick yourselves up and we did that today.”

The manner of Rashford’s goal only fuels the argument that his introduction against France, with just five minutes left, did not give him enough time to have any significant impact.

Rashford left Qatar as England’s joint highest-scorer and his latest effort took the 25-year-old onto nine for the season at United.

Manager Erik ten Hag opted against getting involved in the debate around England. But he does feel Rashford can have a significant impact at club level this season.

“He is in great form for us and I hope he can keep his focus and performance. His performances are improving a lot from game to game.

“He’s a continued threat but also he’s scored a lot of goals and does a lot of defending work. I’m really happy with his performances.”

The United boss does not know if Maguire will be fit enough for the 27 December encounter with Nottingham Forest and says the situation will be monitored over the coming hours and days.