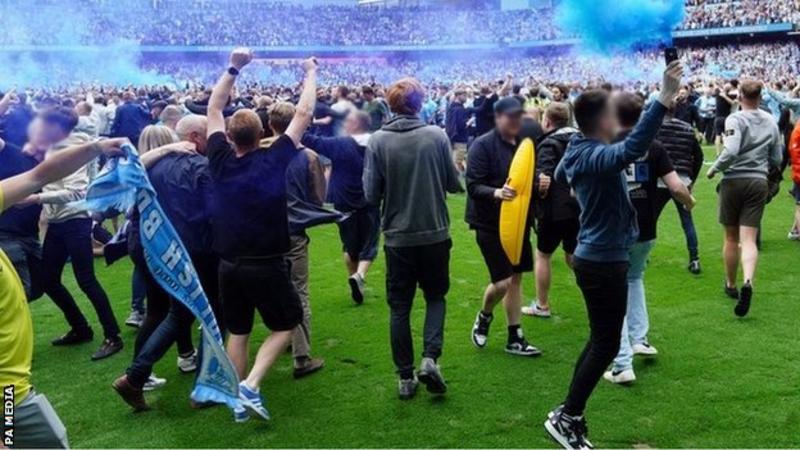 Thousands of City fans poured on to the pitch as the club won its fourth title in five seasons by beating Aston Villa 3-2 on the final day at Etihad Stadium.

Aston Villa keeper Robin Olsen was attacked during the disorder, while a crossbar was broken.

City has until Thursday, 25 August to respond to the charge.

An FA statement said: “It is alleged that after the final whistle of this fixture that Manchester City failed to ensure that its spectators – and all persons purporting to be its supporters or followers – conducted themselves in an orderly fashion and refrained from using threatening and/or violent behaviour whilst encroaching onto the pitch.”

In May, two people were charged in connection with the pitch invasion, while Greater Manchester Police said last month that it was still investigating a number of offences, including criminal damage.

City scored three goals in five minutes as they came from 2-0 down with 15 minutes remaining to beat Villa and win the title by one point from Liverpool.