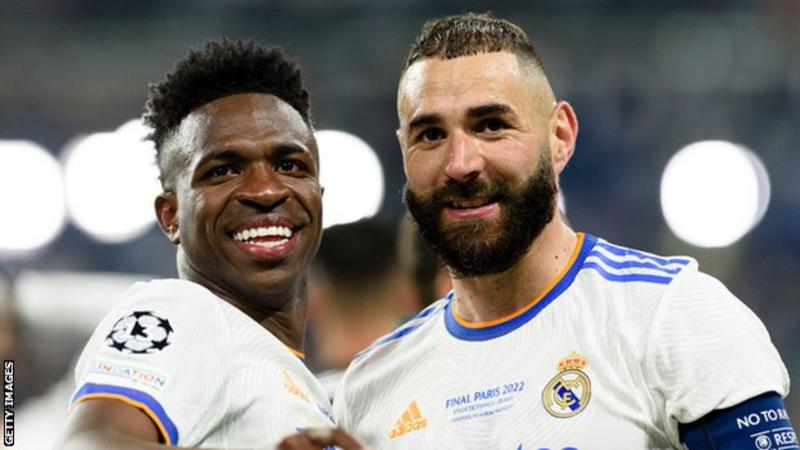 Real Madrid forward Karim Benzema has been named as the Champions League player of the season.

The France international, 34, won the competition for a fifth time as Real beat Liverpool 1-0 in the final.

He scored 15 goals in 12 Champions League games and is a leading contender to win this year’s Ballon d’Or.

Benzema’s team-mate Vinicius Jr, who scored the only goal in the final, has been selected as the tournament’s young player of the season.

The pair are joined in the Champions League team of the season by Real midfielder Luka Modric and goalkeeper Thibaut Courtois, who was man of the match in Paris. 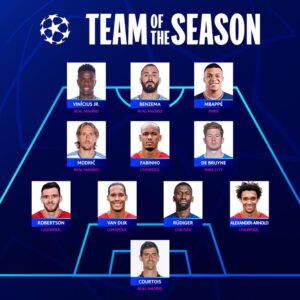