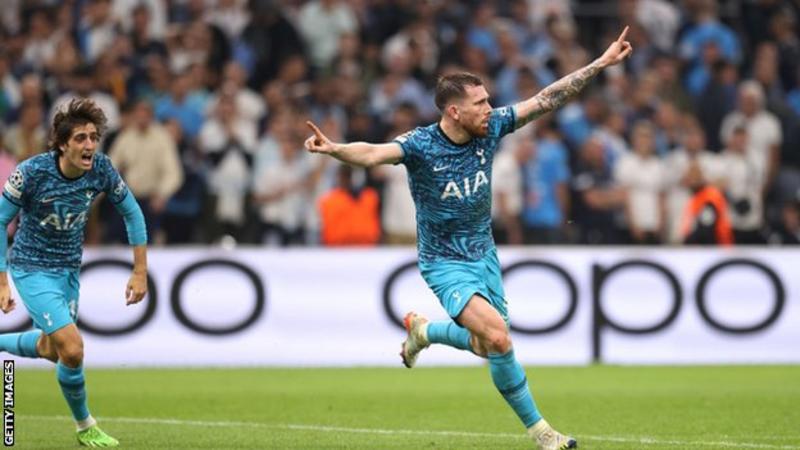 Tottenham always seem to do it the hard way.

They progressed to the knockout stage of the Champions League on Tuesday night with a dramatic, late 2-1 victory over Marseille.

It meant they finished top of Group D, but just over half an hour earlier they were heading out of the competition into the Europa League.

It is not the first time Spurs fans have endured a nerve-wracking evening in Europe, and Tuesday’s frantic match in Marseille had supporters refreshing the group table on countless occasions.

Supporters are used to it. During Tottenham’s historic route to the 2019 final they needed a draw in Barcelona to finish runners-up in their group and scrape into the last 16.

Former manager Mauricio Pochettino described it as “mission impossible” at the time.

Their task in France was seemingly more straightforward – Tottenham knew a point would be enough to progress, but as events unfolded it became anything, but Spurs’ position in Group D changed six times during the evening with three of the four clubs topping the group at some stage in the evening.

The two teams set to qualify for the last 16 at half-time ended up being the ones knocked out of the competition by the end of the night.

Frankfurt eventually finished the group stage on 10 points – the best record of any side in their first appearance in the competition in six seasons – while Tottenham’s stoppage-time winner saw them top Group D.

When were Tottenham heading out of the competition?