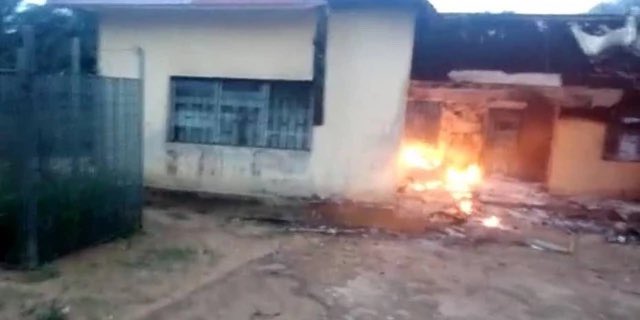 Report says office of the Independent National Electoral Commission at Abeokuta; the Ogun State capital has been razed by some suspected hoodlums, in the early hours of today.

According to reports gathered, hoodlums, numbering about eight, reportedly scaled the perimeter fence, jumped into the premises and set the INEC building on fire from the back.

However, men of the Nigerian police force from Ibara division and fire service in the state were at the scene to put out the fire. 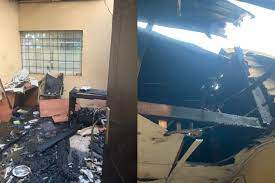 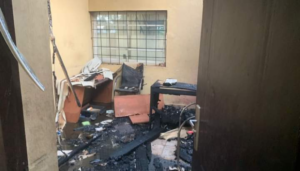 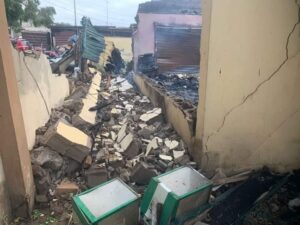 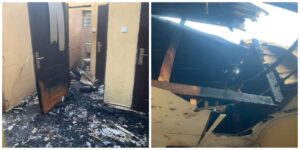