Gianluca Vialli obituary: One of the greats with a reputation to match 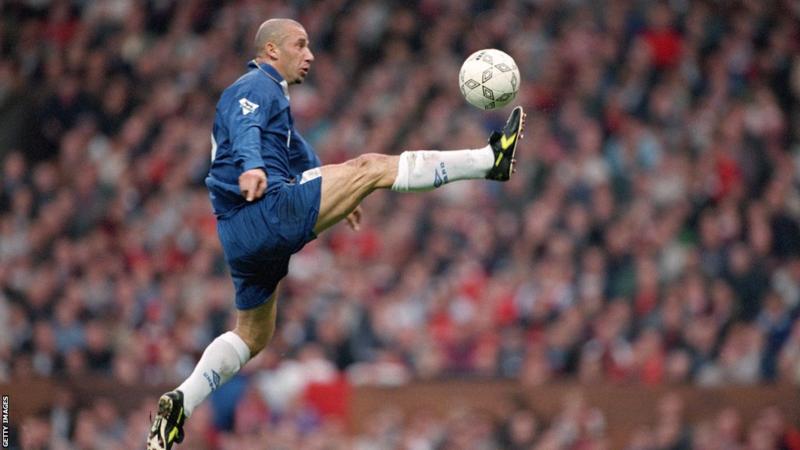 Gianluca Vialli, who has died aged 58, was one of the modern era’s great strikers and also one of its most popular and endearing figures.

The Italian’s reputation was forged throughout a stellar career in playing and management, and also by his warm and dignified personality that made him beloved by so many in football around the globe, not only team-mates but also opponents and supporters alike.

Vialli played 59 times for Italy after making his debut in 1985, starting his career at lowly Cremonese before coming to wider prominence during a brilliant spell at Sampdoria then at Juventus and Chelsea, where he was a successful player and manager, winning European and domestic honours.

He was the identikit attacker of his time, powerful and mobile but also capable of grace and skill, adept in the air and on the ground as he swiftly emerged as a force to be reckoned with. Vialli was comfortable through the middle but was also highly effective in the wider areas, testimony to his versatility and game intelligence.

Vialli became a legendary figure at Sampdoria, where he formed a potent attacking partnership with Roberto Mancini. This was a lifelong friendship that saw him become part of the coach’s backroom staff when Italy won Euro 2020, beating England on penalties in the final at Wembley.

The pair were known as ‘I Gemelli del Gol’ – ‘the goal twins’ – as the club embarked on what was then an unprecedented period of success.

At Sampdoria, he was a key element of the side that won the European Cup Winners’ Cup in 1990, Vialli scoring both goals in extra time in the 2-0 win against Anderlecht in Gothenburg.

He then led from the front as Sampdoria won their first Serie A title in 1990-91 but there was bitter disappointment when they lost the 1992 European Cup final to Barcelona at Wembley in a game settled by Ronald Koeman’s famous free-kick in extra time. During this period Sampdoria also won the Coppa Italia three times.

It was perhaps inevitable that Juventus would come calling and so it proved as, after 141 goals in eight seasons, he made the move to Turin for a then world-record fee of £12m, where further successes followed.

Under the guidance of the great coach and future Italy World Cup winner Marcello Lippi, Vialli became an even more rounded player, improving physically and technically, playing a vital role in what developed into one of the great Italian club sides.

Vialli was in the Juventus team that won the Uefa Cup in 1993 with a 6-1 aggregate victory over Borussia Dortmund over two legs. He almost won the treble in 1995 but Juve lost the Uefa Cup final to Parma in a season when they claimed the Serie A title and the Coppa Italia.

He ended his time at Juventus on the highest high when he captained ‘The Old Lady’ to victory in the 1996 Champions League final, beating Ajax 4-2 on penalties in Rome.

Vialli then joined Chelsea on a free transfer as part of Ruud Gullit’s reboot of the west London giants, quickly settling in to life in a city he would happily make his home long after he left Stamford Bridge.

Once again, Vialli won instant popularity with his genial and modest approach to football and life despite the success and status his talent had won him.

Vialli had chequered early days at Chelsea and only came on as a late substitute for his compatriot Gianfranco Zola when they beat Middlesbrough in the 1997 FA Cup final.