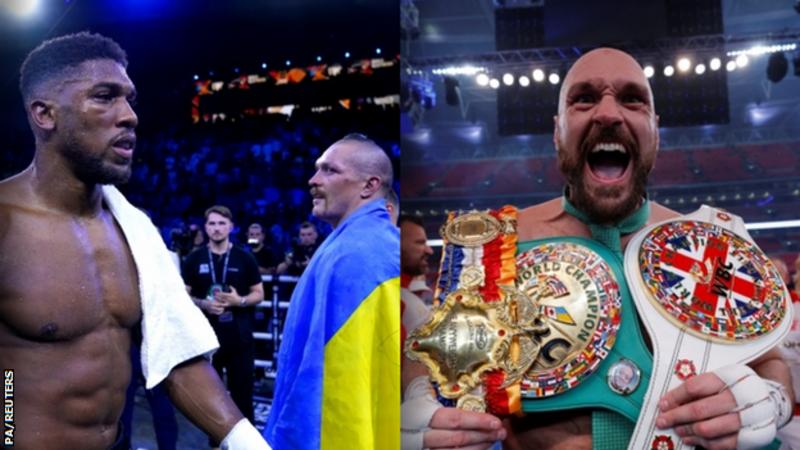 Tyson Fury says his proposed heavyweight world-title fight with Anthony Joshua in December is off after his self-imposed deadline expired.

Joshua’s promoter Eddie Hearn responded by saying there was “no chance” the contract would be signed by then.

“It’s officially over for Joshua. He is now out in the cold with the wolfpack.

“Forget about it. Always knew you didn’t have the minerals to fight the ‘Gypsy king’.

“Regardless of what you say now, I don’t really care. Good luck with your career, and your life. End of. Peace out.”

Joshua’s team have already verbally accepted Fury’s offer of a 60-40 purse split for a fight on 3 December, and television executives from BT Sport and streaming service DAZN were scheduled to meet on Monday.

“It ain’t in my hands, it’s with a legal team,” Joshua said on Instagram. “That’s why you hire lawyers.

“You know the history of boxing – make sure you get your legal terms right. That’s why you get good management and good lawyers.

“So of course I’m going to sign the contract – it’s just with some lawyers at the minute.”

Fury said he would still fight on 3 December if the Joshua fight falls through.

The Ukrainian said he plans to have three more fights before retiring, including a unification bout with Fury, but Joe Joyce is now the mandatory challenger for Usyk’s WBO title after beating Joseph Parker on Saturday.