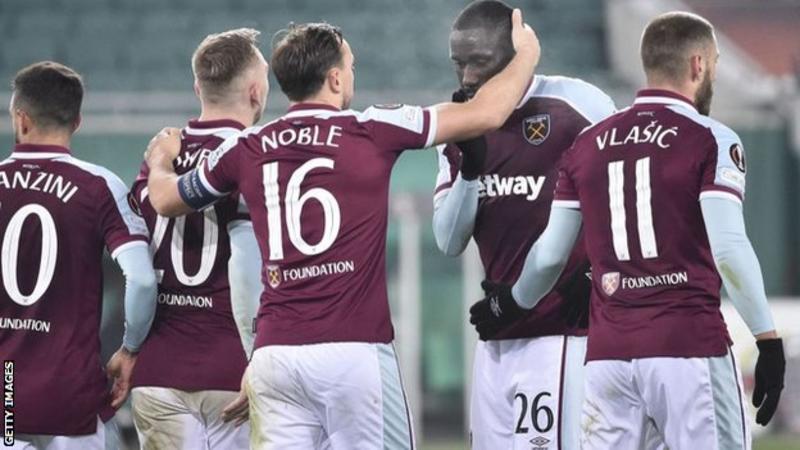 The Premier League side made it straight to the last-16 after topping their group.

Rangers had to come through the round of 32 and beat Borussia Dortmund 6-4 on aggregate over two legs to reach this stage for the third successive season.

The first legs in both competitions will be played on 10 March with the second legs on 17 March.

David Moyes’ Hammers will travel to Spain first, while Rangers begin with a home tie at Ibrox.

La Liga side Sevilla last won the competition in the 2019-20 season and will host the final at their Ramon Sanchez Pizjuan Stadium.

Elsewhere in the Europa League, Barcelona have drawn Turkish side Galatasaray.

German side RB Leipzig will play Spartak Moscow. It is unclear where the second leg of that tie will be played because Spartak, the last Russian side left in European competition, cannot play at home because of Russia’s invasion of Ukraine.

Russia has also been stripped of the 2022 Champions League final, with the game moved from St Petersburg to Paris.