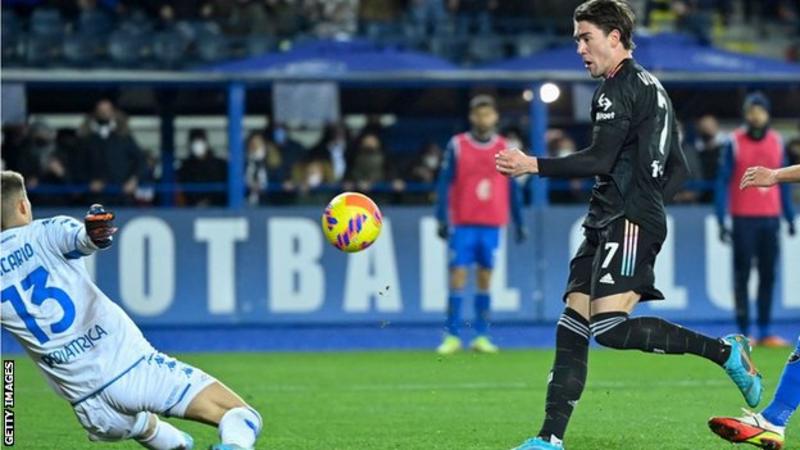 Dusan Vlahovic scored twice as Juventus edged Empoli in a thrilling encounter to move to seven points behind Serie A leaders AC Milan.

Moise Keane headed Juventus ahead in the first half but Szymon Zurkowski soon equalised after a defensive error.

Vlahovic turned and fired home on the stroke of half time before adding Juve’s third with a superb clipped finish after the break.

Andrea La Mantia pulled one back, but Juventus held on for the win.