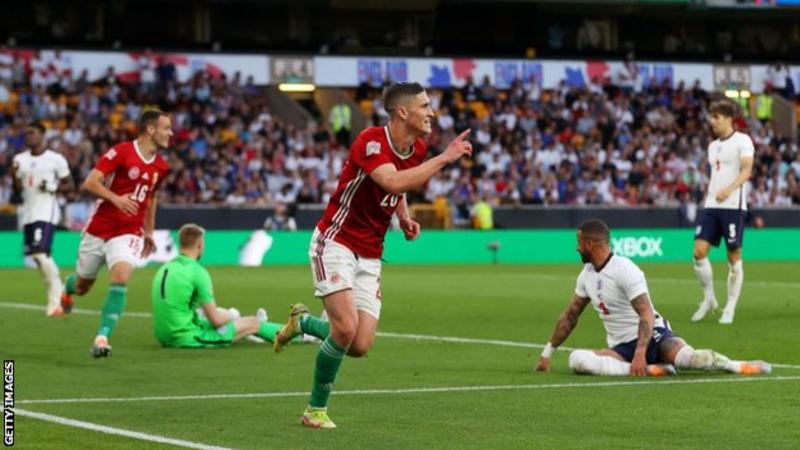 As Gareth Southgate digests England’s worst home defeat in more than 90 years he will be forced to confront an unwanted rewriting of the history books, but also consider whether his Nations League experiment has sent the Three Lions backwards with a World Cup looming on the horizon.

Not since a 5-1 defeat by Scotland in 1928 have England been beaten so heavily on home soil, while this is only their second home loss to Hungary, and first since the Magical Magyars’ famous 6-3 victory at Wembley in 1953.

It brings to a close an international break that has seen Southgate’s side score just once in four games, and that was a Harry Kane penalty in the 1-1 draw with Germany, while England have gone four matches without a victory for the first time since 2014.

Now the second most successful manager in the England men’s side’s history – one who led his team to a World Cup semi-final and to within a penalty shootout of winning the Euros last summer – has just two games in September to rebuild that confidence before his squad head to Qatar.

“It is a chastening night,” said Southgate. “We have not lost many football matches and when you lose so heavily, at home especially, with England that is going to be very painful.

“I am really clear on what works for us as a group and what doesn’t work as a group – tonight is a difficult night.

“My predecessors have had nights like this, I have watched them from the sofa as a kid and watched as a player, and I recognise those difficult times. But you can’t just be at the front when things are going well and not stand up when you have difficult experiences. That is part of football, which is part of life.”

The nature of this schedule – playing four games in 10 days on the back of a long season – meant Southgate has had to rotate heavily between fixtures and he made another nine changes following the goalless draw against Italy.

But the former England defender also wanted to use this period to find out more about the players at his disposal beyond the regular starting XI and toyed with different formations during the four games.

“It is a difficult night for the players,” he added. “I feel for them because the two Hungary games in particular I picked teams where I tried to balance the squad and give young players opportunities, and I didn’t get the balance right to be able to perform at the level they needed to be able to win those matches.

“The players have been fantastic. They have been totally committed throughout this period. It has been a really difficult period for them because of the volume of matches they have had.

“The responsibility lies with me for that. But it was also difficult to put the strongest team out in every game, so we used it to prepare for Qatar.

“Of course a night like tonight is really difficult and it is important I take that off their shoulders as that’s totally down to me.” 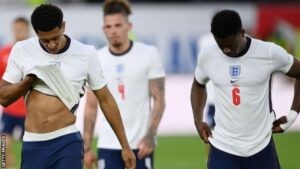