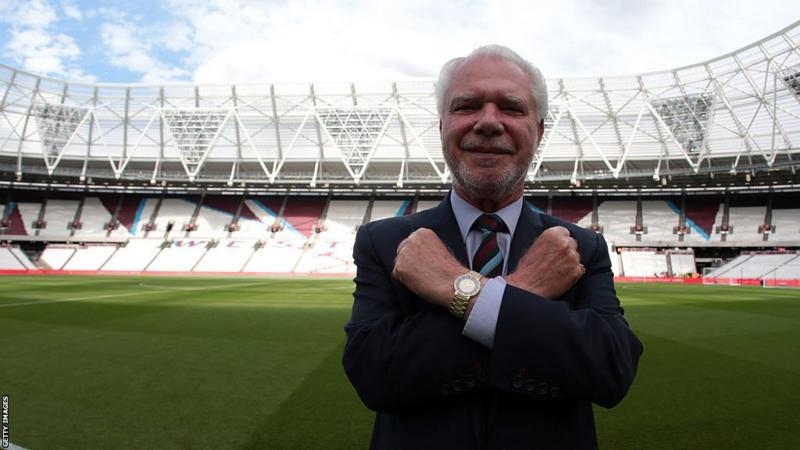 A lifelong Hammers fan, the club said he passed away “peacefully” on Wednesday morning with his fiancée and daughters by his side.

Gold, previously the chairman and co-owner of Birmingham City, became joint-chairman at West Ham with David Sullivan in 2010.

“I am extremely sad to hear this news,” said manager David Moyes.

“On behalf of all of the players and my staff at the training ground, I would like to extend our deepest sympathies to David Gold’s family at this very difficult time.

“Mr Gold was a regular visitor to Rush Green and always a source of great support and encouragement to myself and the players. It was clear he had a genuine and sincere love for the club and was a true supporter at heart.

“He took a great interest in the people working behind the scenes and was always keen to help in any way he could. He will be greatly missed.”

Gold grew up directly opposite the Boleyn Ground – West Ham’s former stadium – and played for the club’s boys’ and youth teams.

“Of all our joint ventures, none gave us more pride and happiness than the day we took ownership of West Ham United, our club, in January 2010,” said Sullivan.

“David had a long-standing connection with the Hammers, having grown up opposite the Boleyn Ground in Green Street, and represented the club at junior level.

“He always wanted what was best for West Ham United, and his passing is a great loss for all of us.”

Both West Ham and Leeds players will wear black armbands during their Premier League match at Elland Road on Wednesday.

Gold was at Birmingham City for 16 years, selling his shares in 2009 before he and Sullivan took over at West Ham in January 2010.

West Ham said their takeover “helped to steady the ship and protect the club’s future during a period of great financial uncertainty”.

His tenure at the club oversaw its move to the London Stadium, as well as relegation and subsequent promotion back to the Premier League and playing in the Europa League.

Outside of football, Gold was also the chairman of retail chain Ann Summers and previously co-owned an adult magazine company and corporate air service.

Writing on Twitter, Birmingham City said it was “devastated” to learn of Gold’s passing. 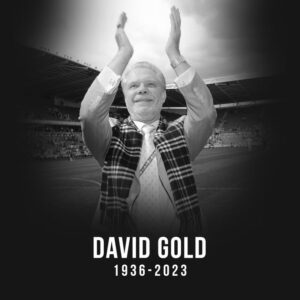 GET YOUR PVC: ACCORD DEPUTY GOVERNOR APPEALS