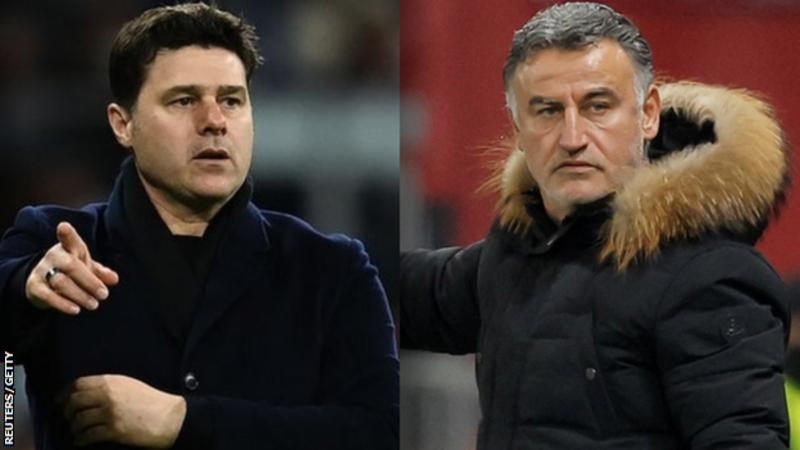 Christophe Galtier has been named Paris St-Germain manager immediately after the departure of Mauricio Pochettino.

Galtier has signed a two-year deal until the summer of 2024.

He left Nice last month after guiding them to fifth in Ligue 1 and a runner-up finish in the French Cup last season.

“I am delighted to join Paris Saint-Germain, I would like to thank the chairman Nasser Al-Khelaifi, [football advisor] Luis Campos and the club for their confidence in me,” he said.

“I am fully aware of the responsibilities involved to coach this extraordinary team, which is one of the most competitive and spectacular squads in Europe.”

Galtier is one of only two managers to stop PSG winning Ligue 1 in the past decade, along with Leonardo Jardim’s Monaco in 2016-17.

He resigned after leading Lille to that unexpected title success in May 2021 before spending 12 months at Nice. He previously managed Saint-Etienne.

Pochettino, 50, leaves PSG after just 18 months in charge having guided them to a record-equalling 10th French title last season, his first league success as a manager.

The exit of the former Tottenham boss had been expected for almost a month now – but was only announced shortly before Galtier’s appointment was confirmed on Tuesday.

A club statement read: “Paris Saint-Germain confirm that Mauricio Pochettino has ended his role at the club.

“The club would like to thank Mauricio Pochettino and his staff for their work and wish them the best for the future.”