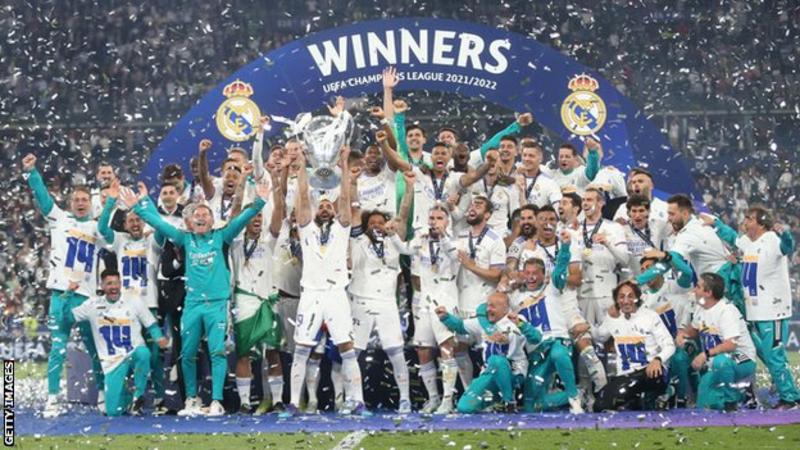 Liverpool have drawn holders Real Madrid in the last 16 of the Champions League in a repeat of last season’s final.

Fourteen-time winners Real Madrid beat Liverpool 1-0 in last year’s final in Paris thanks to a goal from Vinicius Junior in the 59th minute.

It is the fourth time in six seasons that six-time winners Liverpool have taken on Real Madrid in the Champions League.

The Spanish champions also knocked Liverpool out in the quarter-finals in the 2020-21 season.

Jurgen Klopp’s side have been in three of the last five European finals, including last season’s in Paris, and only AC Milan and Real Madrid have won the competition more times.

The organisation of the Reds’ final defeat in Paris was later described as “an abject failure” by European football’s ruling body Uefa after fans were robbed and tear-gassed outside the Stade de France and kick-off was delayed by 36 minutes.

More than 480 testimonies by supporters and journalists at the 28 May final were examined by an independent panel, which included Professor Phil Scraton, who previously led a report into the 1989 Hillsborough stadium disaster.

In the 2018 final, Gareth Bale scored a sensational goal as Real Madrid won their third successive Champions League title with a 3-1 win over Liverpool.