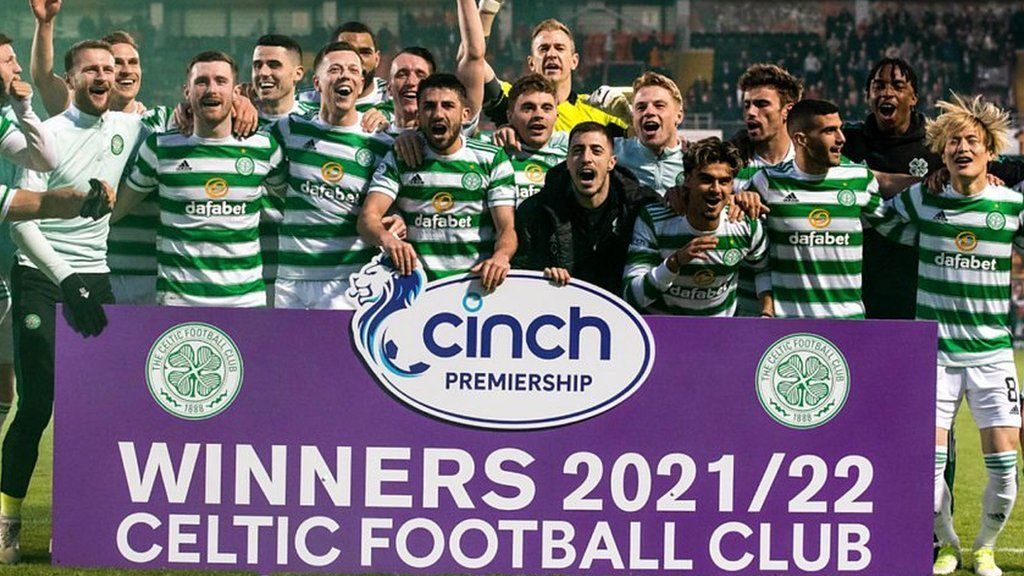 Celtic have won the Scottish Premiership title for the 10th time in 11 seasons after drawing with a gutsy Dundee United at Tannadice.

Giorgos Giakoumakis’ second-half header was cancelled out by a stunning Dylan Levitt goal, but a point is enough to reclaim the crown from Rangers, while United clinch European football.

Having built an almost completely new Celtic side, manager Ange Postecoglou has reversed a 25-point deficit to Rangers from last term to claim the league at his first attempt.

It has been a remarkable turnaround for the club as they restored themselves to the top of Scottish football on the same ground where they meekly ceded their 10-in-a-row hopes 14 months ago.

United head coach Tam Courts has also had an impressive debut season, with his side now assured of Europa Conference League football next season.

But the most joyous celebrating was done by Celtic, who extended their unbeaten league run to 31 games and completes a relentless turnaround after trailing Rangers by six points in the title race on Boxing Day.

It was not clinched with their usual attacking verve and intensity as Postecoglou rotated his front three, but Giakoumakis rose to head home Anthony Ralston’s terrific cross and spark wild celebrations from the Celtic fans.

But whether through nerves, or relief at having the title in their grasp, Celtic were loose and United hit the woodwork twice through 16-year-old striker Rory MacLeod and Tony Watt, before Manchester United loanee Levitt smashed in a fantastic equaliser from 25 yards.

Ryan Edwards could have delayed the title party until Sunday but headed wide from just a few yards out in the closing stages, but Celtic had plenty of chances to win the game too.

Giakoumakis slid a shot past a post at 1-0, and Reo Hatate, Daizen Maeda, and Jota all went close.

In the end, all that matters is they have got the job done and Postecoglou was visibly emotional at full-time, having come in to a club in turmoil and managed to overcome three defeats in their first six league games to become champions. 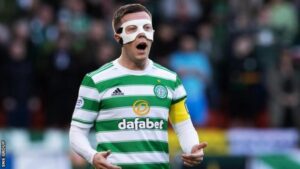