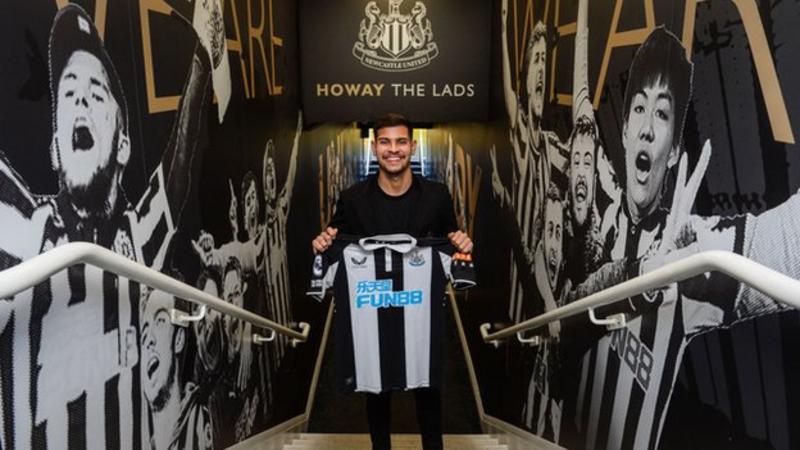 Bruno Guimaraes says he signed for Newcastle because he believes the club can one day win the Champions League and become a significant force in world football.

Guimaraes was also linked with Arsenal but says he is excited by Newcastle’s potential following their Saudi Arabian-backed £305m takeover.

“This is a club that is going to be a big power in world football,” he said.

“This is an historic club with a great tradition and a beautiful history, I have no doubts about my decision to come to Newcastle.”

Premier League survival is the objective in the short term with Newcastle currently in the relegation zone.

Eddie Howe’s side are 19th but just one point from safety and Guimaraes says he has been made well aware of the club’s current plight by the owners.

“They were very up front and honest about it,” he said. “They didn’t disguise that the main objective and challenge was remaining in the Premier League this season.