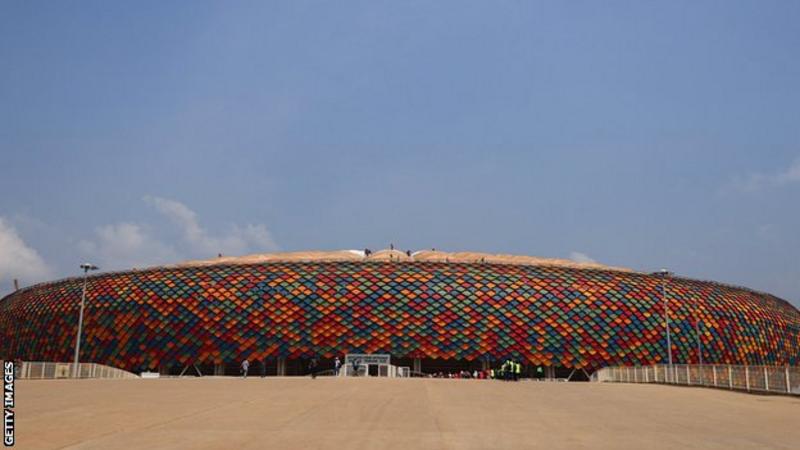 The Olembe Stadium in Cameroon’s capital Yaounde has been given approval to host a semi-final and the final of the Africa Cup of Nations, days after a fatal crush outside the ground.

Eight people died and 38 were injured when the hosts faced Comoros on Monday.

The announcement by the Confederation of African Football (Caf) came after it received a report into the tragedy.

A statement said it was “confident” the safety and security of spectators “will be assured”.

Witnesses described chaotic scenes outside the stadium on Monday as thousands of fans struggled to gain access via an entry gate.

An eight-year-old boy was among those killed in the resulting crush.

The 60,000-capacity venue was due to host Sunday’s quarter-final between Egypt and Morocco, but that tie was moved across the city to the Ahmadou Ahidjo Stadium following the tragedy.

The local organising committee of the Nations Cup and Caf’s safety and security department have now delivered a report on the fatal crush, which included several measures to enhance safety.

“The report further highlighted the recommendations and interventions to ensure that a tragedy of this nature should never be repeated,” Caf’s statement said.

“Having noted the recommendations and undertakings from government in regard to additional security provisions, the Caf organising committee unanimously agreed to lift the suspension imposed on the Olembe Stadium.

“In conclusion, Caf, the local organising committee and the government of Cameroon, having significantly increased security and resources at the Olembe Stadium, are confident that the safety and security of spectators and visitors will be assured.”

The Olembe Stadium will now host the semi-final between Cameroon and Egypt on Thursday (19:00 GMT), as well as the final on Sunday, 6 February.