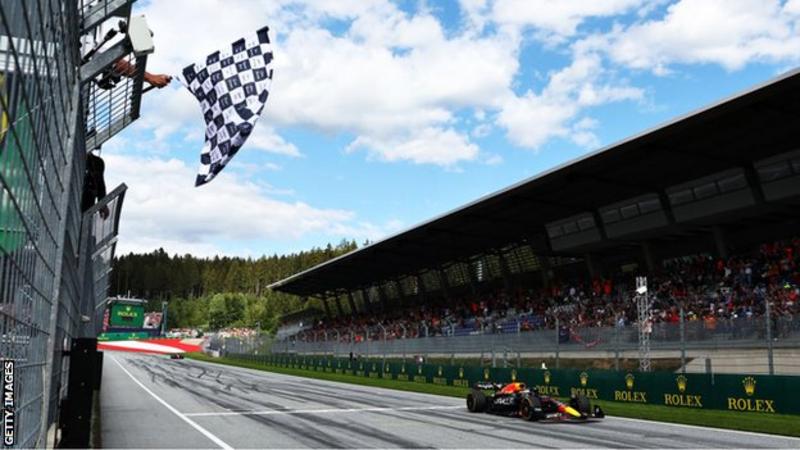 Red Bull’s Max Verstappen took a controlled victory in the sprint race at the Austrian Grand Prix to edge further ahead in the championship.

Leclerc fought off an early challenge from Sainz but was safe in second once far enough ahead of his team-mate to lose the DRS overtaking aid.

Hamilton’s race was hampered by a tangle at the start that saw Alpha Tauri’s Pierre Gasly pitched into a spin, and then getting stuck behind the two Haas cars, before eventually overhauling Mick Schumacher for the final point.

The sprint result made little difference to the starting order for Sunday’s main event, other than to enable Red Bull’s Sergio Perez to recover ground from his 13th place to finish fifth, where the Mexican will now start the grand prix.

Perez benefited from the Red Bull’s strong straight-line speed to make impressive progress, whereas Hamilton was hampered by the Mercedes’ struggles in that area.

The big loser was Fernando Alonso, whose Alpine would not start on the grid and had to retire before turning a wheel. 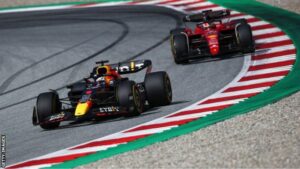 The only time Verstappen was under remote threat was at the start, when he defended hard against Leclerc, who was quicker off the line.

Verstappen pushed Leclerc towards the pit wall, and their fight gave Sainz an opportunity to challenge his team-mate into Turn One and again at Turn Three on the first lap.

Verstappen took advantage of the scrap between the Ferraris and was two seconds clear by the end of the third lap, as Leclerc fought to hold off Sainz.

The Spaniard, benefiting from the lap-time gain from having the DRS overtaking aid because he was less than a second behind Leclerc, actually took second briefly into Turn Three on lap seven, only for Leclerc to reclaim the place on the exit.

And from then on, Leclerc began to edge away. Once he was more than a second clear of Sainz, he lapped consistently more quickly and set his sights on trying to close down Verstappen. Sainz was hampered, he said, because he had overheated his tyres behind Leclerc.

But although Verstappen said the tyres were “tricky”, he was able to manage them and hold on.

The world champion said: “We had good pace at the beginning and after that we were very closely matched, it was as a sprint should go, it was quite flat out. I do expect tomorrow is going to be a very interesting battle again.”

Leclerc, who finished just 1.6 seconds behind Verstappen, told his team over the radio afterwards: “We are quick. We can get them tomorrow.”

But he was more circumspect in his television interview afterwards.

“It was tricky,” he said. “The first part of the race was all about managing. Max was pushing and I was just trying to look after my tyres. I had a small fight with Carlos and then I started to push towards the end and could close in a bit but it was very close.” 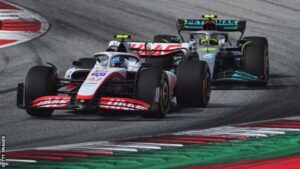 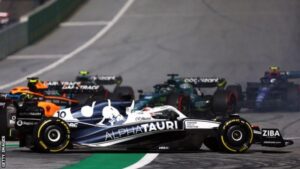 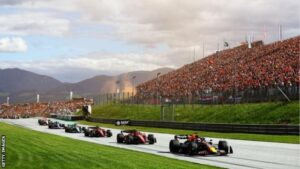