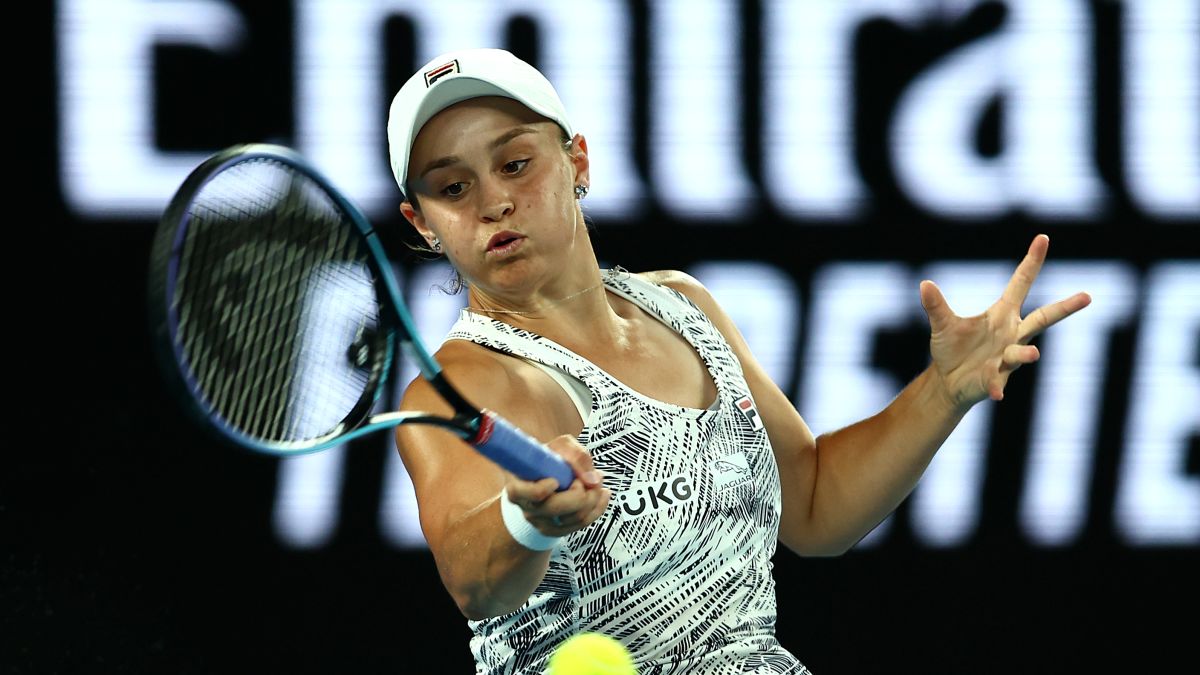 Now the top seed is one win away from becoming the first Australian – man or woman – to win the singles since Christine O’Neil won the title in 1978.

Collins, 28, beat seventh seed Iga Swiatek 6-4 6-1 to reach her first Grand Slam final, less than a year after she had surgery for endometriosis.

Channelling her passion into power, Collins settled more quickly than 2020 French Open champion Swiatek and raced into a 4-0 lead with a double break.

The 20-year-old from Poland reduced the deficit to 5-4 after breaks of serve in three straight games, only for Collins to reset and take the opener on her fifth set point.

Collins continued to pick apart Swiatek’s game in the next set with her aggressive returning, particularly punishing her second serve, as she moved into another 4-0 lead.

The level of Collins’ intensity remained high, cracking another clean winner – her 27th of the evening – to set up a first match point and taking advantage on the second when a deep return forced Swiatek long.

“It feels amazing to reach my first Grand Slam final. It has been such a journey, it doesn’t happen overnight,” said Collins.

“Along with all the health concerns, I couldn’t be happier.”