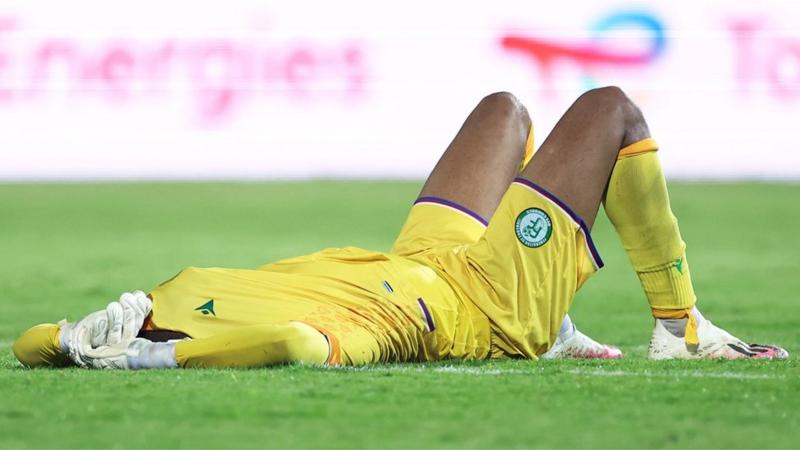 Africa Cup of Nations giant-killers Comoros faces a goalkeeping crisis before the biggest game in the country’s history on Monday.

The tournament debutants play hosts and five-time champions Cameroon in Yaounde on Monday, but their camp has been hit by 12 positive Covid cases including coach Amir Abdou.

Seven players have been affected, including the two remaining fit keepers in the squad, Moyadh Ousseini and Ali Ahamada, with first-choice Salim Ben Boina out through injury.

“We will do everything in our power to find a solution,” said general manager El Hadad Himidi.

Himidi added: “It’s the coach and the only fit goalkeepers, so the situation is really complicated.”

The Confederation of African Football (Caf) ruled before the tournament that teams affected by Covid must play matches even if they have no recognised goalkeeper in their squad.

“A team will be required to play a match if they have a minimum of 11 players available who have tested negative,” stated Caf.

“In the event of the absence of a goalkeeper, another player from the team must replace the goalkeeper, provided the total number of available players is at least 11.

“In exceptional cases, the Organizing Committee of the Africa Cup of Nations will take the appropriate decision.”

Comoros will hope the injury suffered by Ben Boina could be considered an exceptional case, given the keeper had to leave the field after a red-card challenge by Ghana captain Andre Ayew in Tuesday’s Group C tie.

The islanders shocked the four-time champions, winning 3-2 to eliminate the Black Stars and take them into the last 16 as one of the four best third-placed sides.

The absence of coach Abdou will be a major loss to the side as he is the driving force and inspiration behind their success, having engineered a wholesale overhaul in the minnows’ fortunes since taking charge in 2014.

Standing in their way of a surprise run to the quarter-finals are African heavyweights Cameroon, who have been in good form so far, with captain Vincent Aboubakar boasting five goals from the three group games.