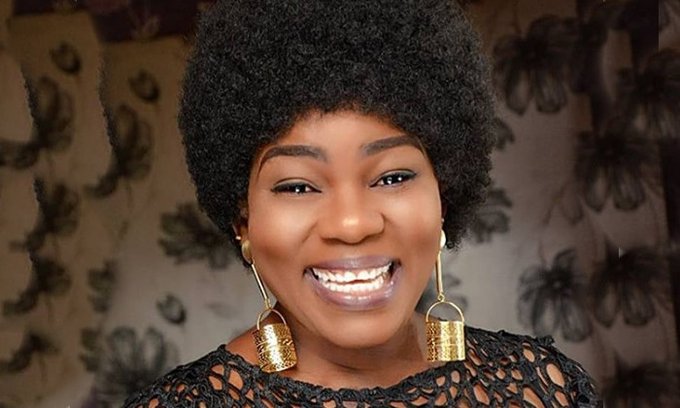 Popular actress, Ada Ameh has reportedly died in Warri, Delta State around 11 pm on Sunday, at the age of 48.

Ameh was said to have been a guest of the owner of an oil company and his family, when she suddenly collapsed.

The popular actress shared a video of her eating with the family around 12:53pm on Sunday on her official Instagram page.

She was reportedly rushed to the Nigerian National Petroleum Corporation’s hospital but passed on before they arrived the facility.

Ameh, who was popular for her different roles in movies, especially in the series; The Johnsons, was born on May 15, 1974 in Ajegunle, Lagos.

Recall that the actress lost her only daughter, Aladi Godgift Ameh in October 20, 2020 at the age of 32.