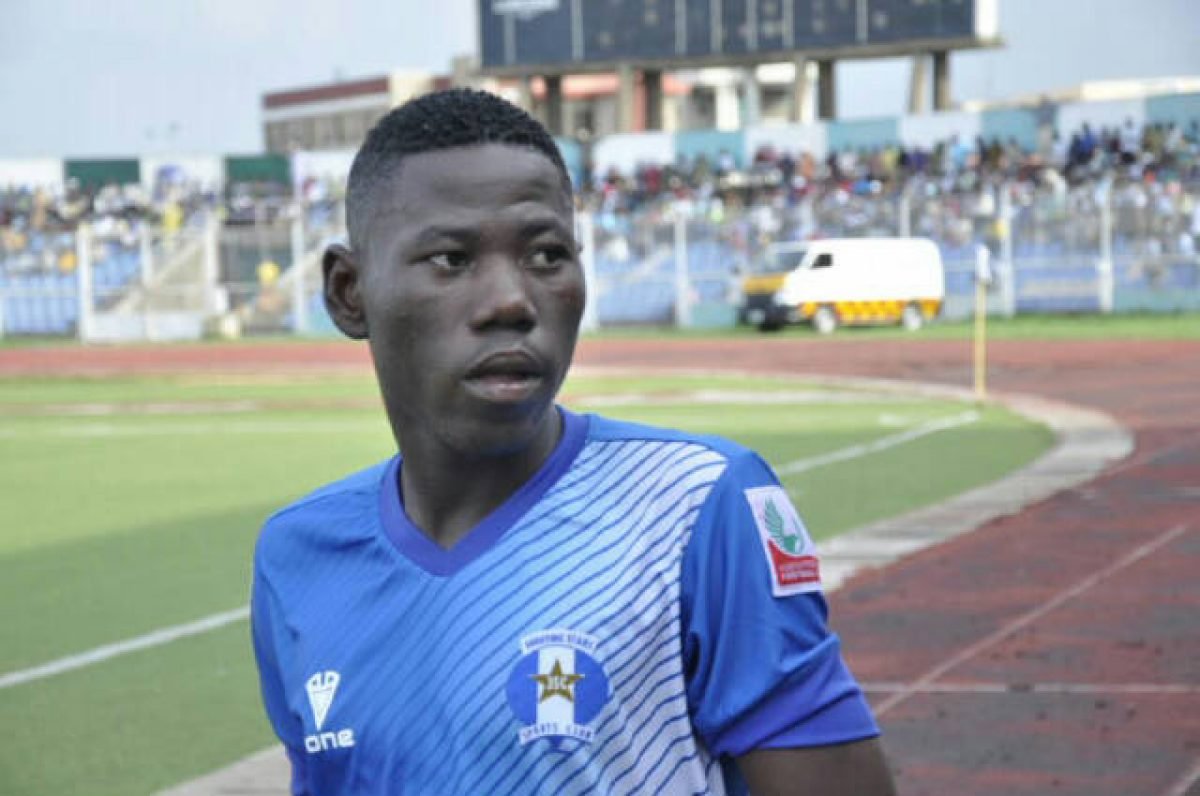 Shooting stars sports club 3sc of Ibadan has confirmed the return of former club forward SUNDAY FALEYE to the team on a 6months loan deal from Czech club side Dukla Prague,

3sc media officer TOSIN OMOJOLA who confirmed this development this morning while speaking on Solutions 939fm`s Kick-off sports show revealed that the former FC Wacker Innsbruck forward has been in town for the past few days.

‘‘Yea I will like to confirm the story, it’s true, we’ve been on it for some time and I’m happy to inform you that we’ve sealed the deal . Like you said 6 months loan from his Czech based club, he’s already in town and he will be joining us.

We are happy to have him, its confirmed Sunday Faleye is back with us’’

FALEYE who featured for the national team at the 2018 CHAN tournament in Morocco joined Akwa United in 2018/2019 season before leaving the shores of the country for greener pasture in 2019.