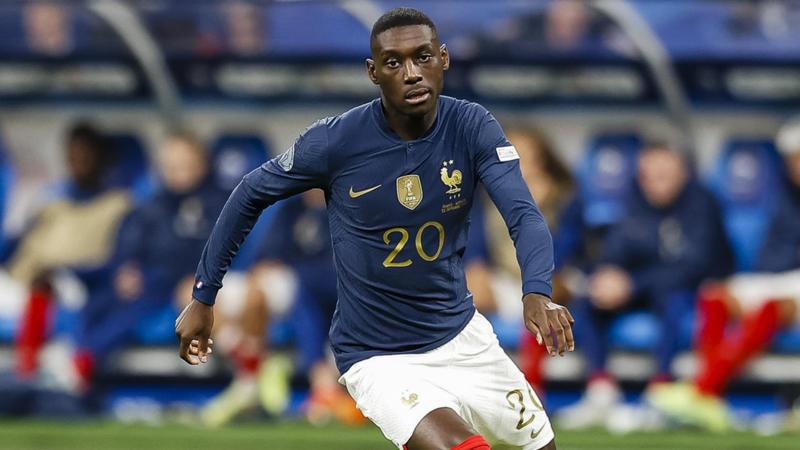 Eintracht Frankfurt striker Randal Kolo Muani has been called up to the France World Cup squad in place of the injured Christopher Nkunku.

RB Leipzig striker Nkunku suffered a leg injury in training on Tuesday and was ruled out for the whole tournament.

Kolo Muani has scored eight goals in 23 appearances for Frankfurt this season.

The 23-year-old made his first two appearances for France as a substitute against Austria and Denmark in the Nations League in September.

Nkunku is the latest high-profile French player to be ruled out of the World Cup through injury, with midfielders Paul Pogba and N’Golo Kante and defender Presnel Kimpembe also absent.

Manchester United defender Raphael Varane is also still recovering from an injury but is included in their squad.

Didier Deschamps’ side are due to fly out to Qatar later on Wednesday.

The begin their title defence on 22 November against Australia in Group D, which also includes Denmark and Tunisia.