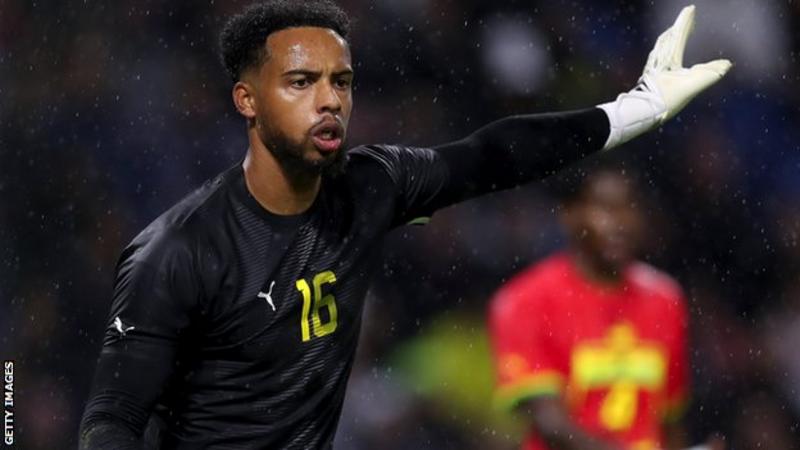 Ghana will be without first-choice goalkeeper Jojo Wollacott at the World Cup after he suffered a finger injury before his final club game before the tournament.

Charlton Athletic’s Wollacott, 26, was injured in the warm-up for a League One match at Burton on Saturday, and has been left out of the Black Stars squad for Qatar.

Former Spain international Inaki Williams, who switched allegiance and made his Ghana debut in a friendly defeat by Brazil in September, is among the 26 while captain Andre Ayew is in line to feature at his third World Cup finals.

Ghana are the lowest-ranked team at the tournament and will face Portugal, South Korea and Uruguay in Group H.

The West Africans reached the quarter-finals in 2010, when beaten by Uruguay on penalties in a controversial tie, and suffered an early exit in 2014 prior to missing out altogether for the 2018 finals in Russia.

Wollacott had started all three of Ghana’s games at the Africa Cup of Nations earlier this year, and both legs of the World Cup play-off against Nigeria in March.

Addo has also left out Crystal Palace midfielder Jeffrey Schlupp and Cremonese forward Felix Afena-Gyan, while midfielders Mubarak Wakaso, Joseph Paintsil and Idrissu Baba are the other significant names omitted from the squad.

Uncapped forward Kamal Sowah makes the squad after impressing for Club Bruges as the Belgian club reached the last 16 of the Champions League.

Ghana face Switzerland in a friendly in Abu Dhabi on Thursday, and begin their Group H campaign against Portugal on 24 November.