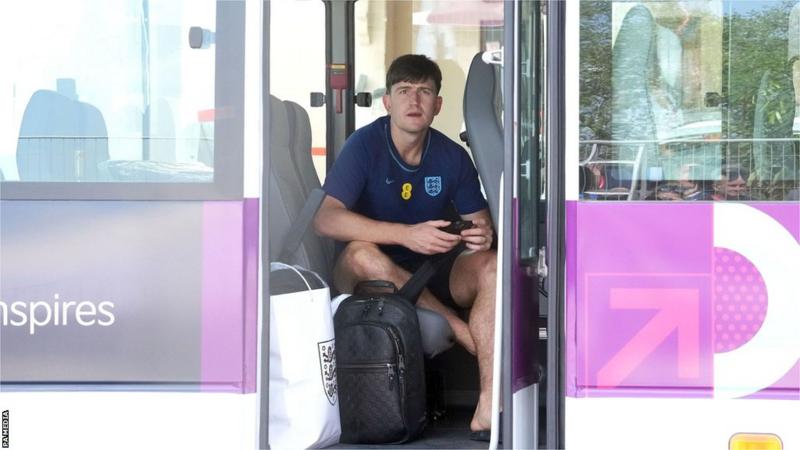 Captain Harry Kane said England would use their defeat by France to be “mentally and physically stronger for the next challenge” as they headed home from the World Cup in Qatar.

England were beaten 2-1 in the quarter-finals, with Kane missing an 84th-minute penalty, having earlier equalled England’s scoring record of 53 goals.

Gareth Southgate’s side left their hotel in Al Wakrah before their flight home.

Writing on social media, the Tottenham forward added: “We’ve given it everything and it’s come down to a small detail which I take responsibility for. There’s no hiding from it, it hurts and it’ll take some time to get over it but that’s part of sport.

“Now it’s about using the experience to be mentally and physically stronger for the next challenge. Thanks for all the support throughout the tournament – it means a lot.”

Speaking about Kane’s penalty miss, former England striker Alan Shearer told BBC Radio 5 Live: “That’s the life of a centre-forward. You put yourself in those positions and it will haunt Harry for the rest of his life.”

England departed their hotel in Qatar at about 12:30pm local time and landed at Birmingham Airport on Sunday evening.

Players waved to fans gathered outside the hotel as they boarded a coach, with midfielder Jude Bellingham taking the time to sign memorabilia.

‘Southgate has been amazing’

England centre-back Harry Maguire echoed his captain’s words, and also paid special tribute to Southgate, who has said he will “review and reflect” on his side’s exit with the Football Association before making a decision on his future.

Southgate, who has been England manager since 2016, has a contract that runs until the Euro 2024 finals.

“Last night hurt. Absolutely gutted. Special thanks to Gareth and you amazing fans who kept belief in me. I love my country and I hope we made you proud,” said Maguire on social media.

Under Southgate, England reached the 2018 World Cup semi-finals and the Euro 2020 final before their elimination by the defending champions in Qatar.

“I’m sure if you asked every player in the team they wouldn’t be able to speak highly enough of him, his man-management, the way that this team has been built and developed over a period of time.

“He knows how to handle it. He handles everything really well and tactically he gets all the big decisions right and he has proven that again this tournament.”

Southgate was also backed by midfielder Declan Rice, who said he hoped his manager continued in the job.

“If you guys could come in and see how well everyone’s been on it, you would have thought we would have gone the whole way as a collective but for me, personally, I hope he stays,” he said.

“He got everything spot on again, it’s not on him. It’s not on him at all – the tactics were right, we played the right way.

“I really hope he stays because the core group that we’ve got and what he’s made for us, it’s so special to be a part of. I love playing under him and I love playing for England.”