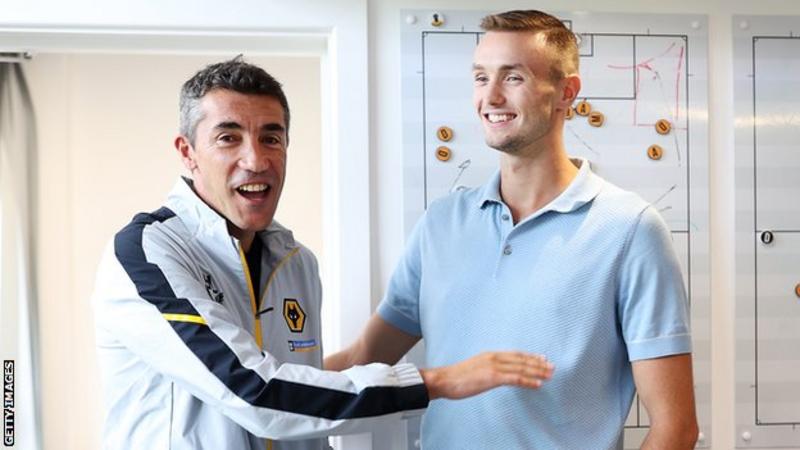 Wolverhampton Wanderers have completed the signing of Austria striker Sasa Kalajdzic from Stuttgart.

The 25-year-old has signed a five-year deal, with the option of a further 12 months, after the clubs agreed a fee of 18m euros (£15m) plus add-ons.

The move is subject to a visa and work permit being obtained.

“I’m really thankful and happy to be here. It was the club that wanted me the most in the end,” said Kalajdzic, who has 15 caps for his country.

“In my career, at my age, it’s important to feel where the next step is and, in the end, I had the feeling Wolverhampton is the best step for my development.

“I had good talks with the coaches, and I met some players from the team. Everyone was so kind and so nice.

“I know I won’t regret my decision because the people were all so kind, they welcomed me and I’m looking forward to playing as soon as possible.”

Kalajdzic scored 16 times in 33 games in the German Bundesliga for Stuttgart in 2020-21 and added six goals in 15 appearances for them last season.

“We are very happy to secure the signing of Sasa,” said Wolves technical director Scott Sellars.

“He is a talented young striker, has many excellent attributes to his game and fits the profile we have been looking for this summer.

“Sasa has had great success in Germany’s Bundesliga, and we are looking forward to seeing what he can do in the Premier League.”