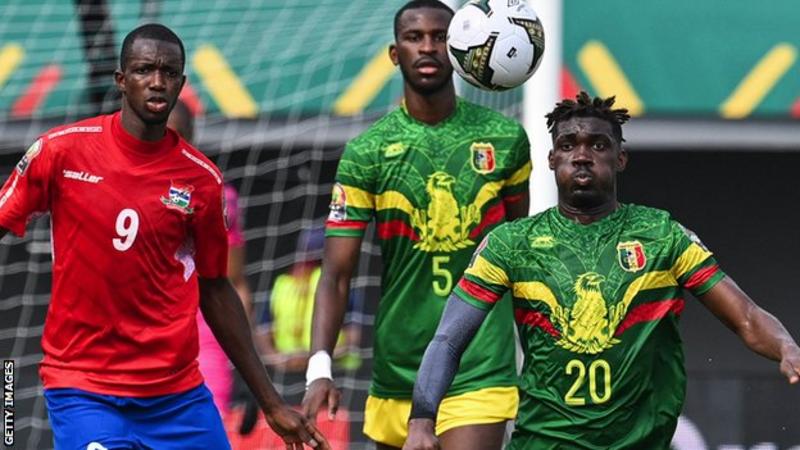 The Gambia and Mali both moved to the brink of the last 16 at the Africa Cup of Nations as they played out a 1-1 draw in Limbe, Cameroon.

Ibrahima Kone had put Mali ahead with 11 minutes left after Ebou Adams pushed over Yves Bissouma in the box.

But Musa Barrow grabbed a point for the debutants in the final minute after Bissouma was penalised for handball.

The Gambia and Mali are both on four points after two games, which could prove enough to qualify for the knock-out stages as one of four best third-placed teams.

The Gambia, the lowest ranked team in the competition, beat Mauritania 1-0 in their first-ever Nations Cup game and a place in the last 16 would be a fine achievement for Tom Saintfiet’s Scorpions.

Mali controlled much of the first half but The Gambia came closest to breaking the deadlock, as Barrow rattled the crossbar with a powerful free-kick from over 30 yards out and Ablie Jallow curled onto the right-hand upright with Mali keeper Ibrahim Mounkoro beaten. 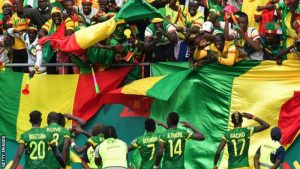 In hot and humid conditions, Scorpions’ keeper Modou Jobe bravely denied Adama Noss Traore and tipped over Amadou Haidara’s curling free-kick in the second half, while Bissouma sent a shot narrowly over.

And, after Adams was found to have stopped Bissouma from latching on to Adama Malouda Traore’s cut-back, Kone scored his second goal of the tournament – having also netted Mali’s winner against Tunisia from the spot.

But the intervention from VAR did not end there as Ebrima Colley’s centre hit Bissouma’s arm at close range and referee Samir Guezzaz pointed to the spot once more after checking his monitor.

Bologna forward Barrow side-footed into the right-hand side of the net to spark celebrations for The Gambia, whose first ever appearance at a major tournament is proving to be memorable.

The Scorpions face Tunisia in their final Group F game on Thursday, with Mali taking on Mauritania (both 19:00 GMT).