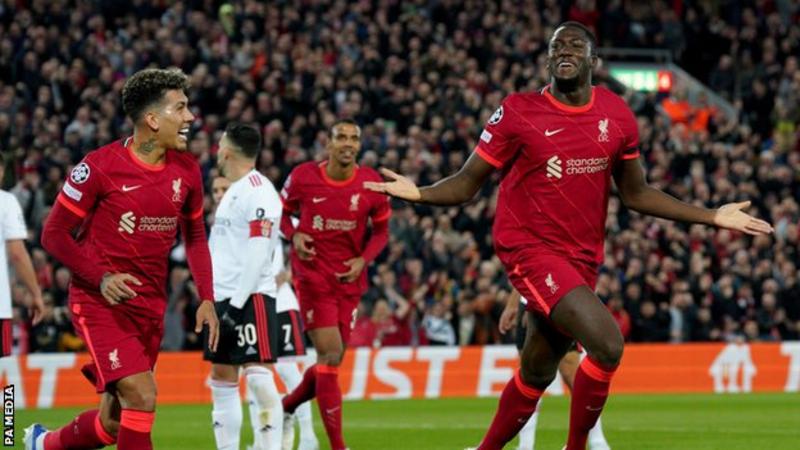 Liverpool remains in the hunt for an historic quadruple after a thrilling draw with Benfica secured a two-legged Champions League semi-final against Villarreal.

Having established a 3-1 lead in Lisbon, Liverpool extended their advantage with Ibrahima Konate’s powerful 21st-minute header from a Kostas Tsimikas corner.

Benfica equalised through Goncalo Ramos’ excellent turn and finish, before Roberto Firmino’s two second-half goals – a tap-in followed by a volley – in front of the Kop looked to have put the Reds in control.

But after Roman Yaremchuk broke through to beat Alisson and make it 3-2 on the night, Darwin Nunez scored a late equaliser.

Nunez was then denied by Alisson as Benfica finished strongly but Liverpool held out to advance 6-4 on aggregate.

They now host Villarreal – the club they beat in the semi-finals of the Europa League in 2016 – on 27 April before travelling to Spain for the second leg on 4 May.

Villarreal secured their last-four spot by overcoming Bayern Munich in the quarter-finals.

Liverpool boss Jurgen Klopp said: “I’m really happy because being in a semi-final is so special.

“Villarreal deserved to get through. I know Bayern Munich don’t want to hear that.”

Three of those triumphs came at Sevilla, including a victory over Klopp’s Liverpool in the 2016 final, and the other with his current club.

Klopp added: “The manager is the king of the cup competitions, so they are experienced and a team full of desire and well organised with top-class players.”