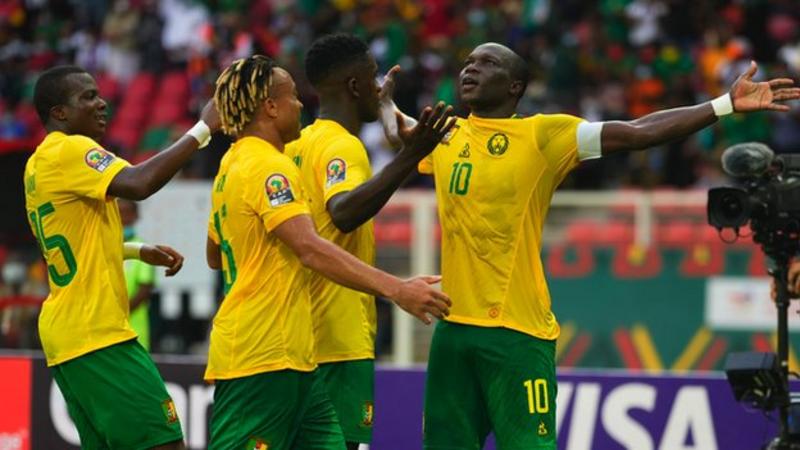 Hosts Cameroon cemented top spot in Group A at the Africa Cup of Nations following a 1-1 draw with Cape Verde.

The Indomitable Lions took the lead when captain Vincent Aboubakar drilled home his fifth goal of the tournament after 39 minutes.

Aboubakar should have won it midway through the second half only to blaze over the bar with the goal gaping.

Unbeaten in their capital since 1988, the result means Cameroon will remain in stronghold Yaounde for their last-16 tie against a third-placed side from Group C, D or E on Monday, 24 January.

Cape Verde finished third in the group on four points, behind Burkina Faso in the table on head-to-head record, and the Blue Sharks face a wait to see if they will progress as one of four best third-placed sides.

At the last Nations Cup, four points was good enough to reach the last 16, just as it was for teams at both the 2016 and 2020 European Championships.