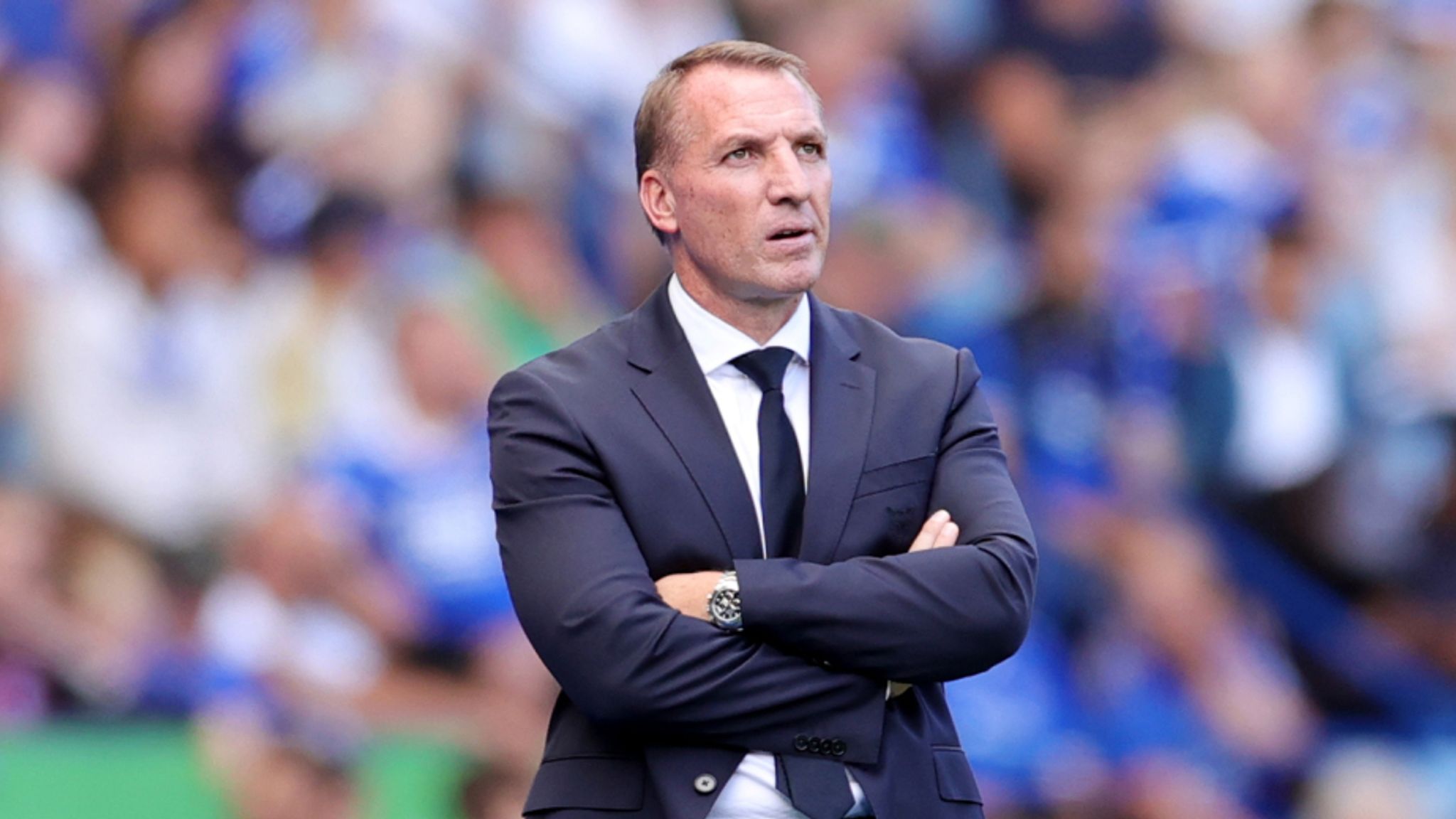 Leicester boss Brendan Rodgers plans to “fight on”, admitting he understands the scrutiny on his job – but can he turn it around?

The Foxes are bottom of the table with just one point from their opening seven games – their worst start since 1983 – following Saturday’s 6-2 rout at Tottenham.

The score line itself was misleading, with Son Heung-min coming off the bench to score a hat-trick in what had been an otherwise close game.

But the fact it made it six defeats in a row for the Foxes is the problem.

Rodgers is just one of four managers to lead Leicester to a trophy, their first FA Cup just 16 months ago.

So how much credit does he have in the bank?

Rodgers, who replaced Claude Puel in February 2019, told BBC Sport: “I always believe we can overcome it.

“You didn’t see a team today that is short of confidence, that is always a good sign.

“I will always fight on, but I understand the game and six straight losses isn’t good for anyone.”

In another interview, he said: “I totally understand the frustration of supporters. I can’t hide from that. It’s my responsibility.

“Whatever happens I’ll have a huge amount of respect for them [the owners] because they’ve given me great support. I understand the game. Whatever happens to me at Leicester whether I stay and continue to fight on, I’ll always respect them.”

James Maddison, whose goal made it 2-2 going into half-time, said the players need to take their share of the blame.

“People will check the scoreline and see 6-2 and think ‘wow, Leicester got battered again’ but I don’t think that was the case,” he told Sky Sports.

“In the first half it felt like the Leicester we know and the Brendan Rodgers side we’ve produced in the last few years, with the high press and creating chances. It is tough to take.

“The players should definitely be taking some of the brunt [not just Rodgers]. It is a collective, it’s not the manager, we are an XI out there. It hurts when you really respect the manager and ultimately we are the players out there and we haven’t been delivering recently.” 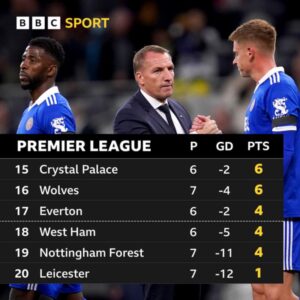