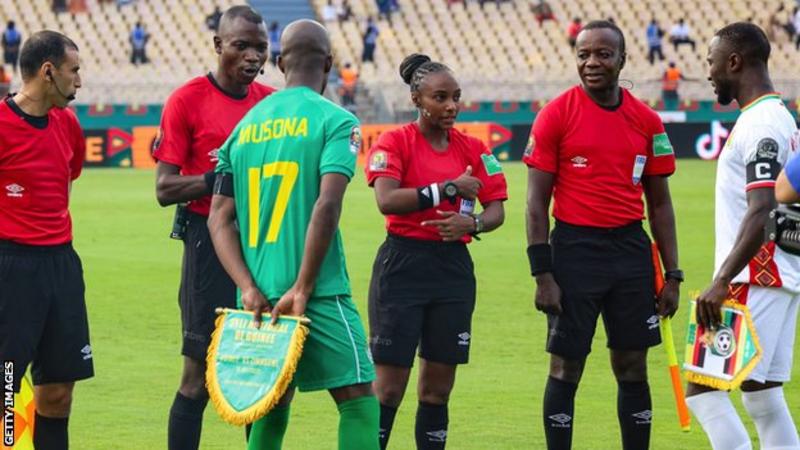 Guinea reached the last 16 at the Africa Cup of Nations despite losing their final Group B match 2-1 against already-eliminated Zimbabwe.

The Rwandan, 35, became the first woman to referee a Nations Cup game.

Guinea finish second in the group table, ahead of Malawi on head-to-head record after the Flames drew 0-0 with Senegal.

The West Africans will now face the runners-up from Group F on Monday, 24 January but will be without Liverpool midfielder Keita, who will be suspended after picking up his second booking at the tournament. 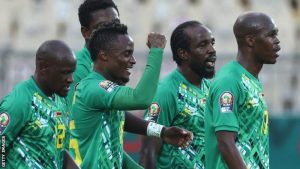 The opening goal came in the 26th minute when Guinea could only half-clear a corner that Never Tigere curled invitingly back into the danger zone for the unmarked Musona to glance home.

Zimbabwe were able to take advantage of their lethargic opponents two minutes before the break when Syli Nationale failed to react to a quickly taken free-kick, the move eventually resulting in a low drive from Mahachi that should have been saved but instead squirmed under the body of Aly Keita.

Coached by former Arsenal forward Kaba Diawara and cheered on by several groups of noisy supporters, Guinea improved after half-time.

Skipper Keita produced the game’s one moment of true class in the 49th minute, cutting in from the right flank and unleashing an unstoppable rising left-foot drive that flew across keeper Talbert Shumba and into the top corner.

Driven on by Keita, Guinea created several more good chances, the best of which saw Mamadou Diallo denied by Shumba’s sprawling save following a scramble in the box.

However, Zimbabwe held out to claim their first Nations Cup win since 2006, although they still finish bottom of Group B.

Mukansanga showed six yellow cards in total but, having previously refereed at the Tokyo Olympics last year, looked assured throughout her landmark outing in the Stade Ahmadou Ahidjo. 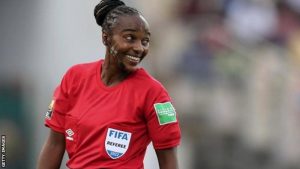