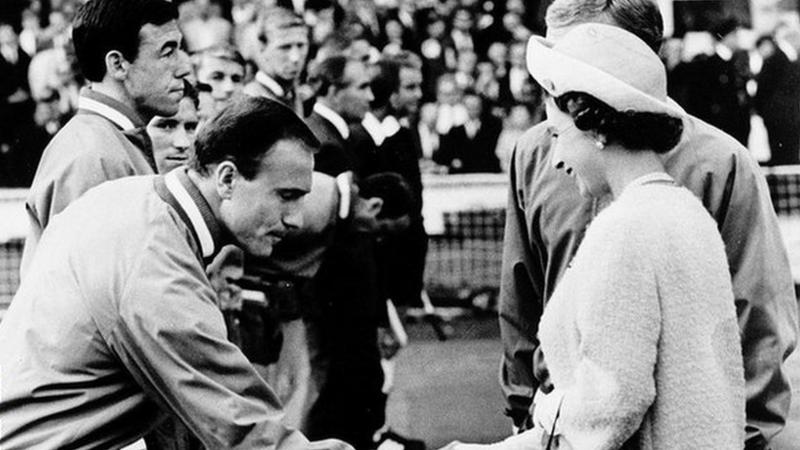 The right-back played every minute of the six matches in the 1966 tournament and was vice-captain for the 4-2 win over West Germany in the Wembley final.

Cohen, who spent his entire club career with Fulham, won 37 caps for England.

“Very sad to hear my friend and England team-mate has died,” said Sir Geoff Hurst, who is one of the two surviving members of the XI that started the final, along with Sir Bobby Charlton.

“Everyone, without exception, always said that George was such a lovely man. He will be sadly missed, my heartfelt thoughts are with George’s wife Daphne and his family,” Hurst added on Twitter.

Fulham, who announced Cohen’s death, said: “Everyone at Fulham Football Club is deeply saddened to learn of the passing of one of our greatest ever players – and gentlemen.

“All of our thoughts are with Daphne, his beloved wife of more than 60 years, sons Anthony and Andrew, his grandchildren and extended family, as well as George’s many, many friends.”

He was awarded the MBE in 2000, one of five players from the 1966 side to be belatedly honoured, following a media campaign to recognise their achievement alongside that of their peers.

In October 2016, a statue of Cohen was unveiled at Craven Cottage to commemorate their former player and mark the 50th anniversary of the World Cup win. Fulham have also named a section of their hospitality facilities after him.

Alf Ramsey, who managed the 1966 England side, called Cohen the country’s “greatest right-back”, while Manchester United’s legendary winger George Best described him as “the best full back I ever played against”.

After his playing career, which was ended before his 30th birthday by a knee injury, he coached Fulham’s youth team and had a spell managing non-league side Tonbridge.

Cohen was given the freedom of Hammersmith and Fulham in 2016 for his footballing achievements and his campaigning for more research into cancer and dementia.

He was vocal in his demands for a public enquiry into dementia in football after a study revealed that ex-players were more than three times as likely to suffer from the condition as the general population.

His nephew, Ben Cohen, won the Rugby World Cup with England in 2003.

A minute’s applause will take place before all Premier League matches between 26 and 28 December, with players and officials wearing black armbands as a mark of respect.

2023: WHY I AM BETTER THAN OTHER CANDIDATES, BARRISTER ALLI