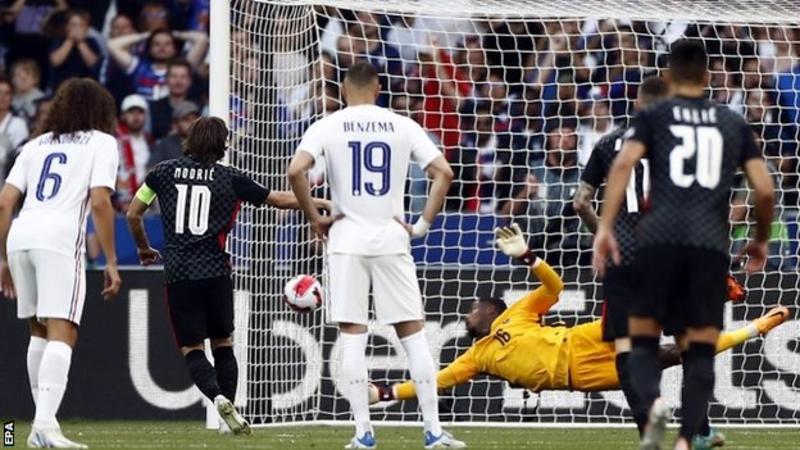 France’s hopes of retaining the Nations League title are over after a home defeat by Croatia which means they cannot reach next year’s finals.

In Karim Benzema, Kylian Mbappe and Christopher Nkunku, France had three of the top four scorers in Europe’s major leagues – but failed to find the net.

Didier Deschamps’ side are bottom of Group A1 on two points from four games.

“It was a difficult month of June in terms of results. We did not have the energy and the strength against teams who had more than us,” said Deschamps.

“We lost a bit of self-confidence along the way but it’s mostly freshness that we lacked. When you play so many games it is very very hard.”

Denmark top the group on nine points – two points above Croatia – after a 2-0 win over Austria.

Jonas Wind scored from Joakim Maehle’s cut-back and then set up Andreas Skov Olsen to slot home their second.

The final two rounds of games will be played in September with France hoping to avoid relegation to League B.