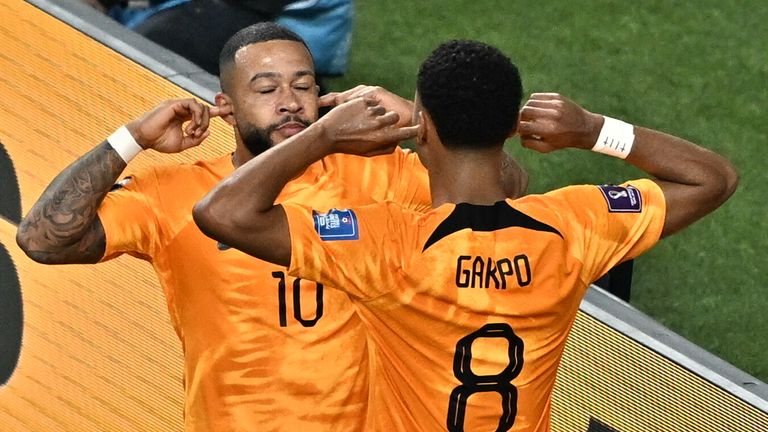 The Netherlands survived a late scare against the United States to move into the Fifa World Cup quarter-finals with a ruthless display of finishing.

The US had the game’s biggest early chance when Christian Pulisic was denied by the legs of Dutch goalkeeper Andries Noppert and the failure to take that opportunity proved highly expensive. 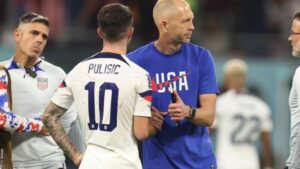 Louis van Gaal’s side responded in the finest Dutch traditions in the 10th minute when Memphis Depay crowned a magnificent 21-pass move by turning in Denzel Dumfries’ cross.

The US battled hard but lacked a cutting edge and were punished in similar fashion with the final kick of the first half when Daley Blind arrived with perfect timing on the end of another Dumfries cut back.

The Dutch were given anxious moments when the US pulled a goal back in the 76th minute as Haji Wright’s freak deflection from Pulisic’s cross looped in at the far post.

But they restored their two-goal lead five minutes later when creator Dumfries turned scorer, side-footing in a volley at the far post from Blind’s cross. 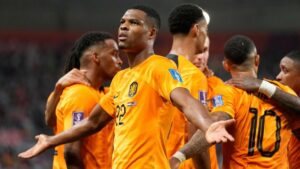 Van Gaal has been over this course before with the Netherlands, when he guided them to a World Cup semi-final in Brazil in 2014, only to lose on penalties to Argentina after a goalless draw in Sao Paulo.

And his vast experience means they cannot be under-estimated here as they set up a last eight meeting with their 2014 conquerors Argentina.

No-one would pretend this is a classic Dutch side but they have a sprinkling of quality in all areas and the beauty of their first goal, which would have delighted the purists in their homeland, was a graphic demonstration of their capabilities.

Virgil van Dijk is the world-class defensive leader alongside Nathan Ake, while both full-backs Blind and Dumfries made crucial contributions.

It was a display that delighted the band of Dutch fans inside Khalifa International Stadium as Van Gaal’s side march on. 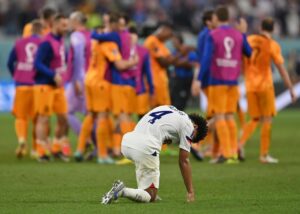 MESSI SCORES IN LANDMARK GAME AS ARGENTINA ADVANCE TO QUARTER-FINALS