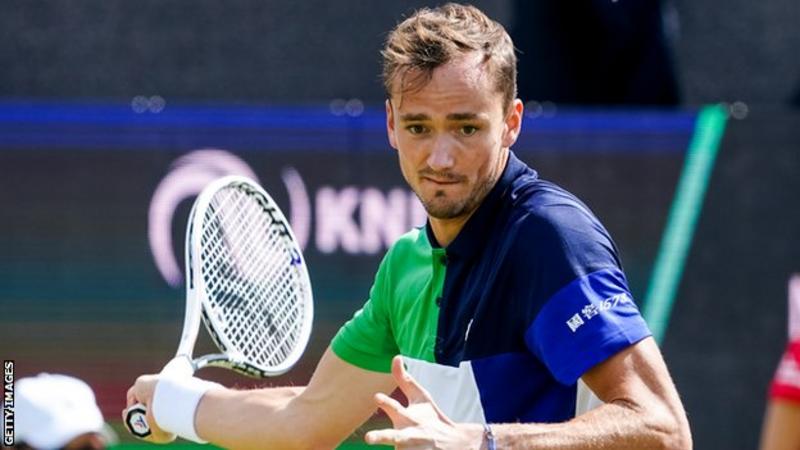 Russia’s Daniil Medvedev has replaced Novak Djokovic at the top of the world rankings, two weeks before a Wimbledon at which he will not be allowed to play.

Wimbledon has been stripped of its ranking points over its decision to ban Russian and Belarusian players over the Russian invasion of Ukraine.

However, that decision means Medvedev, 26, is likely to increase his lead over Djokovic at the end of the tournament because the Serb is defending champion so has more ranking points to lose.

Djokovic has dropped to world number three, with the injured Alexander Zverev rising to second.

It is the first time since November 2003 that none of Djokovic, Rafael Nadal, Roger Federer or Andy Murray have appeared in the top two rankings spots.

Medvedev became the first player other than Djokovic, Nadal, Federer or Murray to top the men’s rankings since American Andy Roddick 18 years ago when he briefly replaced Djokovic as number one in February. 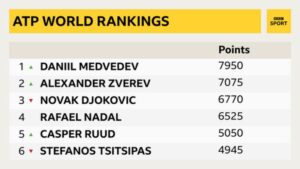 Wimbledon excluded Russian and Belarusian players from participating this year because of Russia’s invasion of Ukraine – leading the governing bodies of the men’s and women’s games, the ATP and WTA, to remove ranking points from the Slam.

Serbia’s Djokovic, a six-time Wimbledon champion, will lose the 2,000 ranking points he secured when he lifted the men’s title at SW19 last year.

Medvedev and Germany’s Zverev only stand to lose 180 points, having gone out in the fourth round last year.

The Russian was beaten in straight sets by Marin Cilic in the fourth round of the French Open and suffered a shock defeat by Dutch wildcard Tim van Rijthoven, the world number 205, in the final of the Libema Open in the Netherlands on Sunday.

Van Rijthoven, 24, stunned Medvedev 6-4 6-1 in 65 minutes to clinch a maiden ATP title in front of his home crowd on just his second appearance in a tour-level main draw. He had not won a tour-level match prior to the tournament.