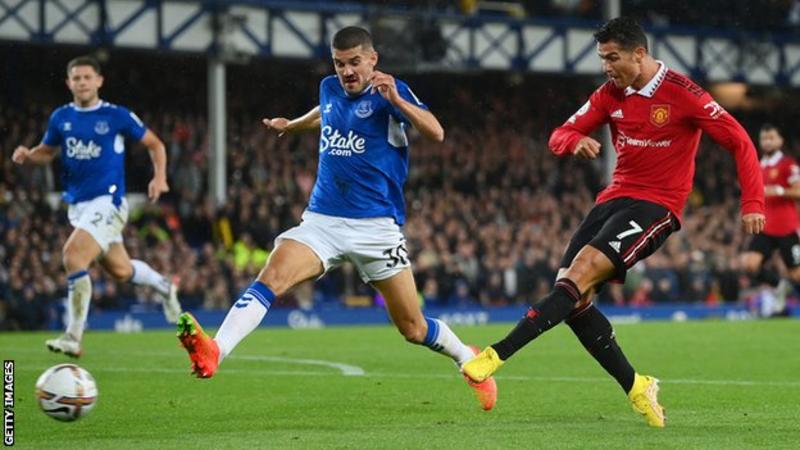 An unused substitute in the 2-0 victory, he left the bench and walked down the tunnel in the 89th minute.

It is understood Ronaldo briefly went into the dressing room before leaving the stadium.

Manager Erik ten Hag said after the game that he would “deal with” the issue on Thursday.

“I have seen him, but I haven’t spoken with him,” said Ten Hag.

United had made only three of their five permitted substitutions when Ronaldo got off the bench, shortly after Ten Hag brought on Christian Eriksen and Anthony Elanga.

Ronaldo also showed his displeasure at being substituted in Sunday’s 0-0 home draw with Newcastle.

Ten Hag said after that game that he had “no problem” with Ronaldo’s reaction but the player must convince him “he has to stay on”.

“That is unacceptable – it is so poor,” Lineker said on Match of the Day.

Ex-Wales captain Ashley Williams said: “It was a great night for Manchester United and here we are again talking about Cristiano Ronaldo – even though he didn’t play.”

Former England defender Micah Richards said: “For one of the greats of the game to do that when your team are winning, making it about him, is disappointing.”

Richards said Ronaldo’s behaviour was “disrespectful” and he should be allowed to leave in the January transfer window.

“His manager had problems with him at the start of the season, during pre-season, and to then carry this on… I just think there is only one way this needs to go now,” Richards said.

“They need to come to an agreement in January and they need to let him go. He is undermining the manager there, so I think it’s best if they just part ways.”

Former United goalkeeper Peter Schmeichel said Ronaldo would have been aware such behaviour would create “headlines”.