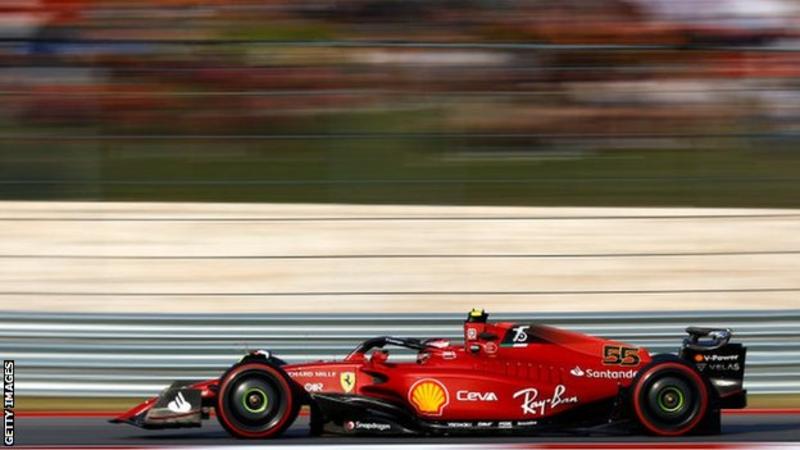 Sainz beat Leclerc by 0.065 seconds and Verstappen by 0.092secs, but the world champion will be second on the grid because Leclerc has a 10-place penalty.

Red Bull’s Sergio Perez, who has a five-place grid penalty, was fourth ahead of Mercedes’ Lewis Hamilton.

The penalties mean Hamilton will start third behind Sainz and Verstappen.

After qualifying, Verstappen paid tribute to Red Bull co-owner Dietrich Mateschitz, who died earlier on Saturday at the age of 78.

Verstappen, who will equal the all-time record for wins in a season if he triumphs on Sunday, said: “It’s been hard news for everyone. What he has done for Red Bull and the sport and especially for me, it has been a very tough day.

“We tried to give it all in qualifying but there is still a race ahead and we are going to try to make him proud tomorrow.

“Our car normally in the race is a bit stronger than in qualifying. Today it was very fine margins. If you could switch your tyres on a bit better, it could have made a difference. But we are there and I am expecting a good race tomorrow.”

Sainz said: “It was a lot of fun. Very tricky with the winds we have today, very gusty, every corner is an adventure, you don’t know how much grip you are going to get at each corner.

“For tomorrow, Red Bull are still favourites. They have better race pace. They usually get us in races but we are going to do everything we can to stay ahead and win the race.”