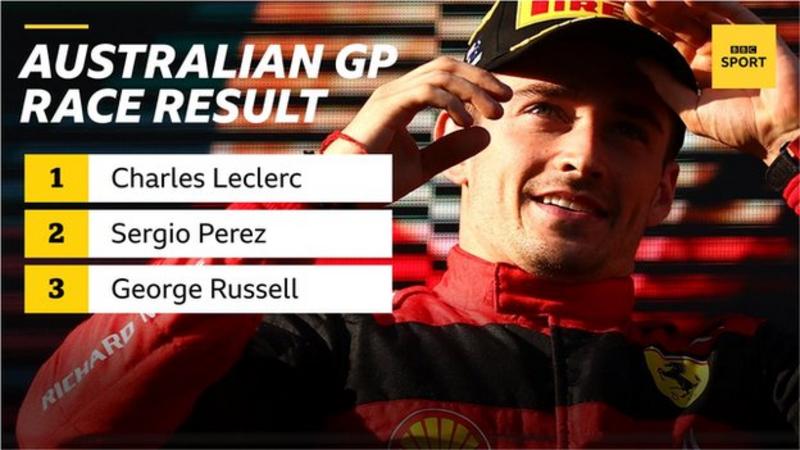 Charles Leclerc took a dominant victory in the Australian Grand Prix to move into a commanding position in the World Championship.

The Ferrari driver was in total control of the race when his main rival Max Verstappen retired with a technical failure on his Red Bull at two-thirds distance.

Verstappen is 46 points – almost two clear wins – behind Leclerc after just three races of the season, in two of which the Red Bull has failed to finish.

Remarkably, in the context of Mercedes’ disappointing start to the season, Russell is second in the drivers’ championship at this early stage and Mercedes second in the constructors’ chase. 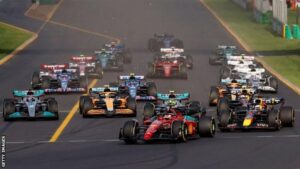 Leclerc’s win was his second of the season and by far the most imposing performance by any driver so far.

Red Bull had hopes of taking the fight to Leclerc, as Verstappen did on his way to victory in the last race in Saudi Arabia, but they were in vain.

Leclerc won pole position with the biggest margin of the season so far.

His team-mate Carlos Sainz caused an early safety car when he lost control of his car trying to make an overtaking move at Turn Nine after a bad start from a poor grid position. When racing resumed, Leclerc first eased away from Verstappen and then bolted into the distance as the Red Bull driver began to suffer from tyre problems.

A second safety car, this time caused by a crash by Sebastian Vettel on a dire weekend for his Aston Martin team, gave Verstappen a second chance.

Leclerc, who had not long before made his pit stop for fresh tyres, briefly struggled for grip on the restart and Verstappen challenged him into Turn One, but the Ferrari held him off and then proceeded to pull out another significant gap, moving clear at about half a second a lap, before the world champion ran into trouble.

Leclerc was more than seven seconds in the lead – a margin built in 11 laps – when Verstappen complained he could “smell some weird fluid” and he was told to pull off the track. 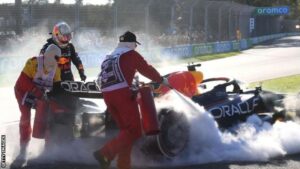