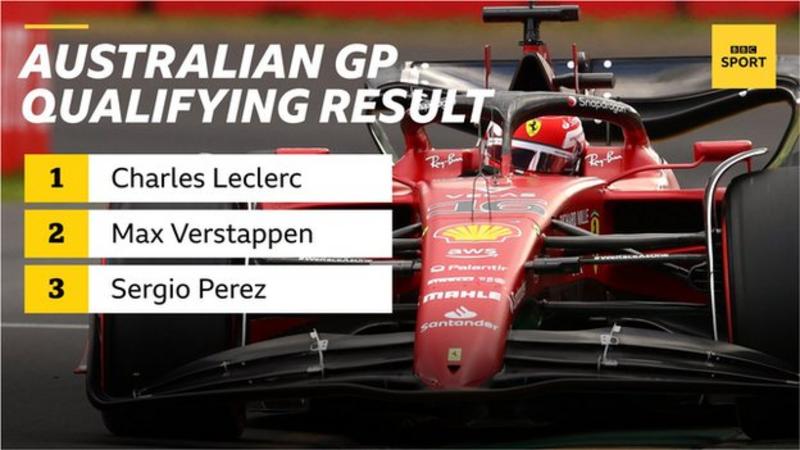 Ferrari’s Charles Leclerc grabbed pole from Red Bull’s Max Verstappen at the end of a dramatic qualifying session at the Australian Grand Prix.

The final session was interrupted by a red flag following a crash for Fernando Alonso’s Alpine after an apparent hydraulic failure.

Leclerc had just set the fastest time when Alonso went off, but was beaten by Verstappen when the session resumed.

But Leclerc pulled out a fine lap at the end to take pole by 0.286 seconds.

Ferrari’s Carlos Sainz was only ninth fastest after a difficult session.

The Spaniard’s first flying lap did not register because the red flag was thrown for Alonso’s crash just as Sainz approached the line.

And then he could not deliver a representative lap on his final run, ending up 1.5secs slower than his team-mate.

But possibly the biggest loser was Alonso, who was 0.2secs up on Leclerc’s first lap time after two sectors of his flying lap before his incident.

Alonso ran wide of the apex entering the corner, got on to the kerb and slid into the gravel and then the wall.

“We lost the hydraulics on the car, so we lost the gear change and power steering and everything,” said Alonso, who last year returned to F1 after a two-year break in the hope of a competitive car in 2022 and has not, competed at the front since 2013.

“I think we could fight for pole position today. Been waiting many years for that possibility and it is amazing we have been so unlucky in these first three races. I was doing one of the best weekends in years and it is very frustrating now.”

The stage appears set for another showdown between Leclerc and Verstappen, the winners of the two races so far after close battles at each.

Perez’s presence at the front gives Red Bull a tactical advantage over Ferrari, but the Mexican is under investigation for allegedly not slowing sufficiently for yellow caution flags and may face a penalty.

Leclerc said: “It felt good, even more because it is a track I have always struggled at in the past. It was a bit of a messy free practice for me, not everything together. But in Q3 I managed to put everything together and very happy to be starting on pole.”

Verstappen said: “I didn’t feel good in the car the whole weekend so far. There wasn’t one lap where I felt confident. Second is good but it’s not great when you can’t go to the limit.” 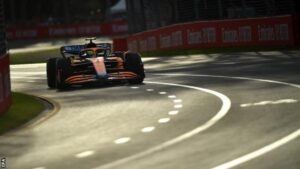