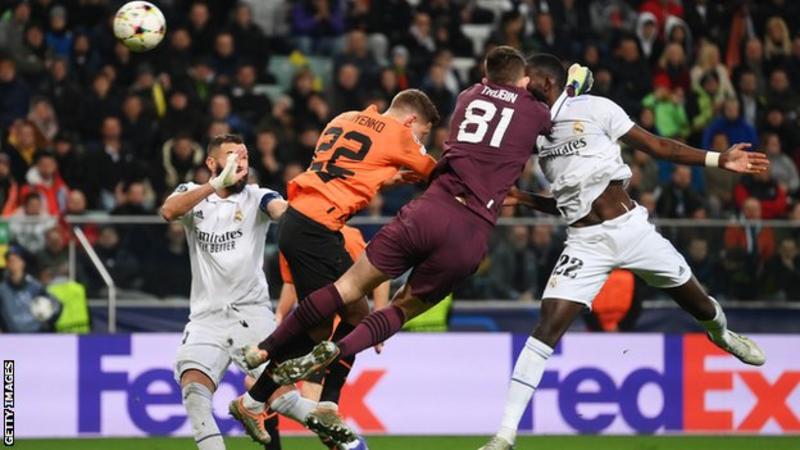 Oleksandr Zubkov’s header had given Shakhtar the lead in Warsaw where the Ukrainian side are hosting all their Group F matches.

The German side won 2-0 at Celtic on Tuesday to move above Shakhtar, who slip down to third in the group.

Rudiger’s bravery when scoring saw him leave the pitch covered in blood after colliding heavily with Shakhtar goalkeeper Anatoliy Trubin.

The draw ensured Real maintained their unbeaten start to the season prior to Sunday’s El Clasico against Barcelona at the Bernabeu.